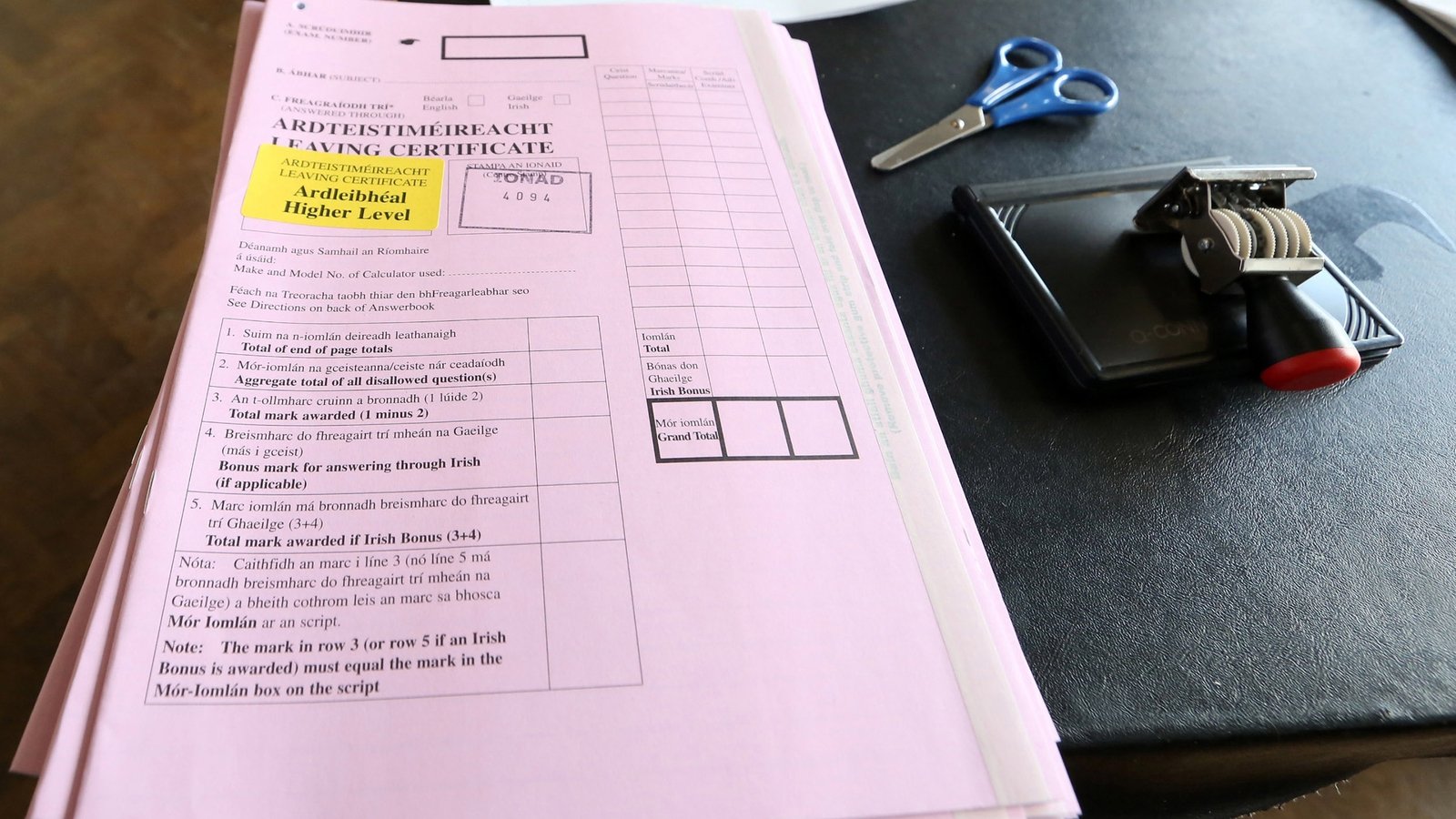 The possibility of Leaving Certificate exams going ahead as normal is still “a live and viable” prospect, according to the General Secretary of one of the country’s secondary school teachers’ unions.

Speaking on RTÉ’s This Week programme, Kieran Christie, General Secretary of the ASTI, said they hear the worries and stresses of students and they are shared by all teachers up and down the country.

“We would favour the ordinary Leaving Cert, to the extent that it possibly can, with possibly some adaptions, would go ahead,” he said.

Mr Christie said one option that is being considered is “a sort of recognition” that it is still a viable and live prospect that a Leaving Cert can go ahead.

He also said they are in a worse position for the calculating of grades than they were last year due to the data available in order to do that.

There needs to be clear thinking and careful consideration of all options with regard to the State exams, he said.

Minister for Justice Helen McEntee has said she cannot say if a decision on the Leaving Cert will be made by the Government this week.

Speaking on RTÉ’s The Week in Politics, Ms McEntee said that Covid-19 does not always allow the Government to give certainty, but she said a plan is being put in place.

However, she said it is not just about the State exams in the summer but also about trying to get students, particularly those who are most vulnerable, back in classrooms.

Justice Minister @HMcEntee speaking about the Leaving Cert says she can’t give an answer if the decision will be made this week. A plan has been put in place and a huge amount of work is underway. #rtetwip pic.twitter.com/5P1yKx4rYv

Separately, Mr Christie said the ASTI wants a series of assurances around the mitigation being put in place ahead of schools reopening.

He said the main concern is the virus in circulation before Christmas is no longer the dominant one, so all of that needs to be assessed.

“What we are looking to ensure is the experts would assess for example if social distancing that worked before Christmas would work in the context of the new strain. Whether the level of mask wearing would be sufficient with what we are led to believe is increased transmissibility of the new variant.”

Mr Christie said it is about building confidence and getting assurances around safety for a return to schools.

He also said vaccinations are important and education workers are currently number 11 on the list, which needs to be looked at.