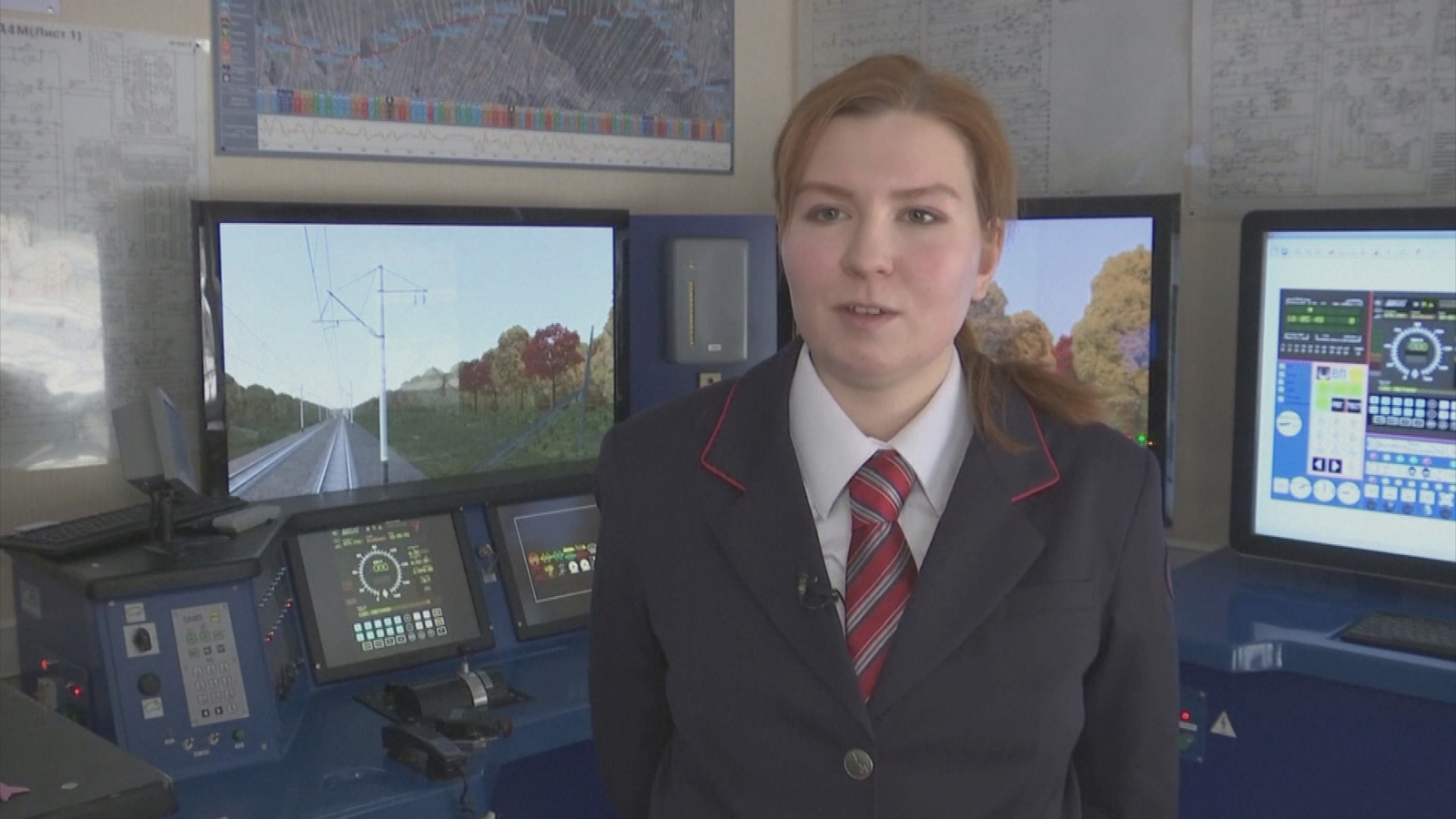 Muscovite Sofia Dorofeyeva had always been drawn to the trains traveling across the vast expanses of her native Russia but until this year she and her female compatriots had been barred from occupying the driver’s seat.

From 1 January, Russia shortened the list of jobs it bars women from holding because of their physical demands or hazardous nature, allowing them to become metro drivers, train conductors and lorry drivers.

After graduating in 2020 from a college that trains public transportation workers, Ms Dorofeyeva eagerly awaited the start of the year to become an assistant train driver.

“All of us women who wanted to get this job had been waiting for a very long time,” said the 21-year-old.

“At first we couldn’t believe it, but then, of course, we felt great joy as well as a sense of calm. Instead of fighting, we could finally just take this job after passing our exams.”

We need your consent to load this Facebook contentWe use Facebook to manage extra content that can set cookies on your device and collect data about your activity. Please review their details and accept them to load the content.Manage Preferences

The battle for Russian women to have access to professions deemed too demanding or hazardous by the state began long before Ms Dorofeyeva’s time.

In 2009, Anna Klevets, a student in St Petersburg, responded to an advertisement on the metro calling on men to apply to become assistant metro drivers.

When her application was rejected because of her gender, Ms Klevets took her case to court. It eventually reached the Constitutional Court in 2012, but women remained barred from operating metro trains.

“I understood that it would be a long process,” Ms Klevets said. “But of course I didn’t think it would take 10 years.”

Ms Klevets has been pleased to see her legal battle stir debate, even though scores of professions, including some that require exposure to explosives and chemicals, remain out of reach for Russian women.

“Everything should be available” to women, Ms Klevets said. “Because a woman can decide on her own what to chose, where to go, who to be and what to do.”