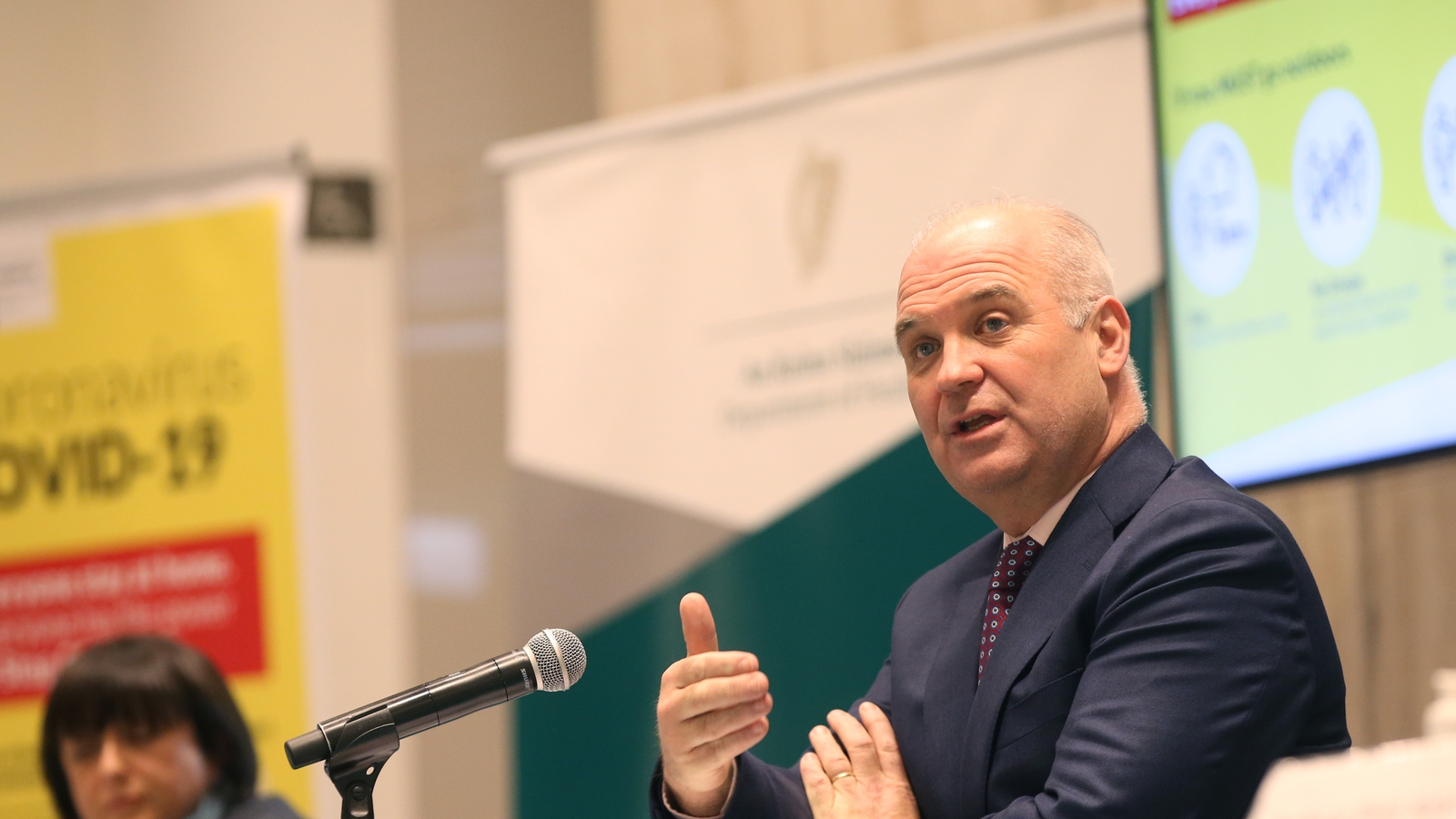 Measures are working, but more time needed to suppress virus

Dr Tony Holohan says that the existing Covid-19 measures are working and they need to continue working for a much longer period of time. He says: “We have to keep up the high level of suppression that we now are achieving” | https://t.co/xcEXiIZcoQ pic.twitter.com/CN6f2bqHXB

Chief Medical Officer Dr Tony Holohan said the Level 5 Covid-19 restrictions are working, but we need to keep them in place for longer to suppress the spread of the coronavirus.

He said we don’t need to focus on new measures, but to keep the focus on the measures we know work.

The new strain of the virus is more transmissible, he said, but it doesn’t have new ways of transmitting, so the existing measures are sufficient if they are properly observed.

Dr Tony Holohan says the level of Covid-19 infection is still too high and further progress must be made | https://t.co/xcEXiIZcoQ pic.twitter.com/Tky9nvyh2Z

Prof Philip Nolan says the growth rate of the epidemic is negative, with the number of cases per day declining at -7 to -8%.

He says the R number is estimated to be between 0.5 and 0.8. However, he said that this is going to be difficult to sustain | https://t.co/xcEXiIZcoQ pic.twitter.com/3HOR4huWdY

Chair of the Epidemiological Modelling Advisory Group Professor Philip Nolan said the R number is now below one.

The R number refers to the reproductive rate of the virus – if it is at one, that means each person testing positive passes the virus to one other person.

With an R number below one, the overall infection rates will fall.

Prof Nolan said the numbers of people in hospital seem to have peaked, or at least plateaued.

However, he said it will take a long time for numbers to fall from the peak

“Some months ago, a daily average case count of 240 would be seen as a very serious matter.”

Prof Philip Nolan says that despite an improvement in the daily number of new cases, Covid remains at “exceptionally high levels in the community” | https://t.co/xcEXiIZcoQ pic.twitter.com/PSYI7Q7MW1

While the numbers now appear to be moving in the right direction, Prof Nolan cautioned that infection rates are still extremely high.

He noted that just a few months ago numbers 10% of current daily case rates would have seemed worryingly high.

Prof Philip Nolan says the 14-day incidence rate today is 1,141 cases per 100,000. He says the number of deaths confirmed per day over the last seven days was 44 – the highest at any point in the pandemic | https://t.co/xcEXiIZcoQ pic.twitter.com/TBtxqryWJt

More than half of cases in people under 45

Setting out the latest data, Deputy Chief Medical Officer Dr Ronan Glynn said that 57% of cases over the past 14 days were in people aged under 45.

There have been 532 deaths associated with Covid-19 in January, compared to 174 in December, and 164 in November.