As he prepares to end a tumultuous four years as US president facing potential legal jeopardy, Donald Trump has discussed the possibility of pardoning himself, according to a source familiar with the matter.

However there are questions about whether a president’s broad executive clemency powers under the US Constitution would permit such action.

The Justice Department has previously taken the view that the Constitution does not allow a sitting president to be indicted, but a former president enjoys no such protections.

Here is an explanation of the potential constitutional problems with a self-pardon and why such action would not end Mr Trump’s legal jeopardy after his term ends on Wednesday.

Is a self-pardon constitutional?

There is no definitive answer to this question, and the Constitution does not explicitly address this possibility.

No president has tried it before, so the courts have not weighed in.

Mr Trump wrote on Twitter in 2018 that he had the “absolute right” to pardon himself. A White House spokesman declined to comment on the possibility of a self-pardon.

Many scholars have said a self-pardon would be unconstitutional because it violates the basic principle that nobody should be the judge in his or her own case.

Others have argued that a self-pardon is constitutional because the pardon power is very broadly worded in the Constitution.

Historical texts made clear that the nation’s 18th century founders discussed self-pardons, but opted not to include an explicit limitation on that power.

The Constitution states that a president “shall have power to grant reprieves and pardons for offenses against the United States, except in cases of impeachment.”

The common usage and history of the words “grant” and “pardon” imply a president’s power under the clause is limited to issuing pardons to other people, according to University of Missouri law professor Frank Bowman. 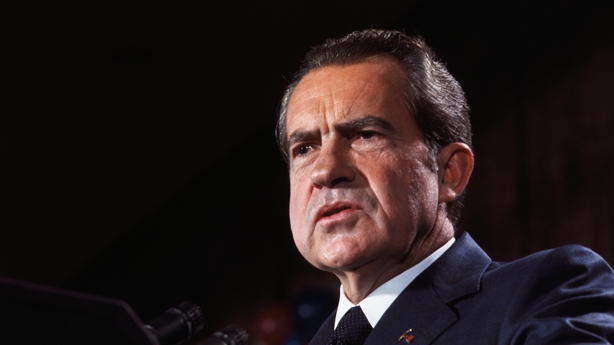 The last time the Justice Department explored the question was in a 1974 memo by a lawyer in its Office of Legal Counsel that concluded that it would be unconstitutional for then-President Richard Nixon to pardon himself. Mr Nixon resigned that year amid the Watergate political scandal.

“Under the fundamental rule that no one may be a judge in his own case, the President cannot pardon himself,” the Justice Department lawyer wrote.

But the memo argued that Mr Nixon could temporarily step down,be pardoned by his then-vice president, and then resume power.The 1974 memo does not have any legal authority.

Presidential pardons apply only to federal crimes, not state crimes.

Under US law, courts do not issue advisory opinions.

For a court to rule on a self-pardon’s validity, the Justice Department would need to charge Mr Trump with a crime, and then he would need to invoke the pardon as a defense, legal experts said.

A self-pardon might only embolden prosecutors to bring a case against Mr Trump because it would suggest he is hiding something, said law professor Jessica Levinson of Loyola Law School in California.

Why would Trump pardon himself?

He may face criminal liability on several fronts.

Some legal experts have pointed to Mr Trump’s phone call on 2 January in which he pressured Georgia’s top election official to “find” enough votes to overturn his loss to President-elect Joe Biden in the state in last November’s election.

They said the call could have violated a federal and a state law.

A Georgia law against “criminal solicitation to commit election fraud” makes it illegal for a person to intentionally solicit, request, command or otherwise attempt to cause another person to engage in election fraud.

A separate federal law makes it illegal to attempt to “deprive or defraud” people of a “fair and impartially conducted election process.”

Mr Trump would likely argue that he merely expressed his personal opinions to the official, and did not order him to interfere with the election. Some lawyers have said Mr Trump could be in legal jeopardy for an incendiary speech he gave to thousands of supporters on 6 January, shortly before a mob descended on the US Capitol and disrupted congressional certification of Mr Biden’s victory, sending politicians into hiding and leaving five people dead.

Mr Trump could make a strong case that his remarks were protected by the Constitution’s guarantee of free speech, other lawyers said.

Mr Trump could also be targeted by prosecutors for violations of state laws.

Manhattan District Attorney Cyrus Vance already is spearheading a tax-fraud investigation into Mr Trump’s businesses, though no charges have yet been brought. Mr Trump has called the investigation politically motivated.

How broadly could a self-pardon be worded?

There is precedent for very broadly worded pardons.

The pardon cleared Mr Nixon for “any crimes that he might have committed against the United States as president.”

The US Supreme Court has never ruled on whether such a broad pardon is lawful.

Some scholars have argued that the nation’s founders intended for pardons to be specific, and that there is an implied limit on their scope.

Could a pardon be preemptive?

A pardon cannot cover future conduct, but a pardon can be preemptive in the sense that it can cover conduct that has not yet resulted in legal proceedings.

The Nixon pardon is an example, and there are others.

In 1977, President Jimmy Carter preemptively pardoned hundreds of thousands of “draft dodgers” who avoided a government-imposed obligation to serve in the Vietnam War.