Just how bad is the import/export situation in the UK as a result of Brexit? And in particular, how bad is it in Northern Ireland – where EU Single Market rules still apply?

According to British Prime Minster Boris Johnson, the problems in Northern Ireland amount to “teething troubles” arising from the change over to a new customs regime. Troubles that would sort themselves out over the coming weeks.

Minster for the Cabinet Office Michael Gove, who deals with the practicalities of pretty much all Brexit-related issues, thinks the same.

In a series of replies to an urgent question from the DUP’s Jeffrey Donaldson and others about the situation in Northern Ireland, Mr Gove repeated his view that supplies are now moving pretty much freely into Northern Ireland.

But he asked MPs to bring to his attention any “granular detail” they have of particular companies or individuals who are facing problems with the new regime. This, he said, would enable the government to act as an “administrative Dyno-Rod” and clear any blockages.

This remark was aimed in particular at Sammy Wilson of the DUP who said people in Northern Ireland “will be amazed by the complacency shown by government to the damage being done by the wrecking ball of the protocol”.

Earlier, Jeffrey Donaldson asked the prime minster if he would invoke Article 16 of the Northern Ireland Protocol. This is an “emergency brake” procedure that allows either the UK or the EU to temporarily suspend parts of the agreement to address serious economic, societal or environmental problems.

He said consumers in Northern Ireland were facing empty supermarket shelves and they could not get parcels delivered from Britain, while small businesses were having difficulties importing spare parts and raw materials, and users of British made steel could face tariffs in certain circumstances.

But the UK government appears to want to wait a bit more than a fortnight to see how the new situation plays out before pulling the emergency brake.

Boris Johnson replied that goods were now flowing effectively and in normal volumes from Britain to Northern Ireland, and any disruptions were what he called “teething troubles”.

He added that if there are problems that are disproportionate, the British government would have no hesitation in invoking Article 16. But the “teething troubles” description, and the call from Michael Gove for “granular” details suggest the government view is that the situation in Northern Ireland is far from “disproportionate”.

Nevertheless, there were plenty of hints that changes may be coming in the way the system operates, at least in the short term. 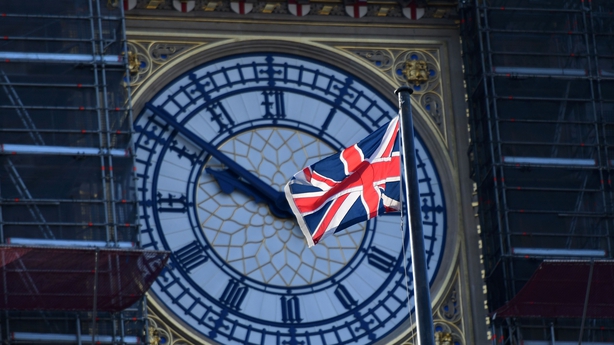 A number of MPs praised the Irish Government for introducing “easements” – administrative measures to smooth the flow of goods through Dublin Port, where truckers had also encountered delays last week as the new regime kicked in. Large volumes of imports to and exports from Northern Ireland to Britain go via Dublin Port.

Mr Gove welcomed the Irish moves, but said the British government would have to deepen its engagement with the Irish Government to try and resolve other issues surrounding the flow of trade between the two islands.

Alliance MP Stephen Farry said Northern Ireland’s business community was not asking for Article 16 to be invoked. He said the only solution was for the EU and the UK to work together to sort out the problems that had arisen.

Claire Hanna of the SDLP asked Mr Gove if he would refuse the DUP’s “reckless call” for Article 16 to be invoked. Mr Gove said Article 16 was part of the protocol, and was an effective means of ensuring that Northern Ireland remained an integral part of the UK.

The DUP’s Ian Paisley, present in the chamber, brandished an order paper as he denounced the effects of the protocol. “What did we do to members on those benches over there to be screwed over by this protocol. It has ruined trade in Northern Ireland, and its an insult to describe it as teething trouble”.

But the chairman of the Northern Ireland Affairs committee, Simon Hoare (Conservative), said the problem was twofold – a late agreement, leaving businesses very little time to prepare for change, leading to confusion, and lack of knowledge among businesses in Britain that are involved in exporting to Northern Ireland.

He called on the government to step up its information supply and training for businesses in Britain. “When GB business knows what it needs to do it will do it well,” he said.

The problems of British business coming to terms with the new reality of trading with the EU and Northern Ireland were illustrated in evidence to the House of Commons’ Committee on the Future Relationship with the European Union this morning.

Representatives from manufacturing, retail and the food and drink industry set out the problems facing their members, most of which boiled down to a late agreement and uncertainty over what to do.

Andrew Opie of the British Retail Consortium said he expected the situation will get worse before it gets better.

Ian Wright of the Food and Drink Federation (FDF) said trade volumes across the “short straits” (the Dover/Calais crossing and Channel Tunnel) were very low at the moment, running at around 2,000 trucks a day rather than the usual 10,000 a day.

Mr Opie said this volume will rise, but he expects the French to step up the level of customs checks. Combined with a lack of preparation by British Companies, he said, this would lead to more difficulties at the border, and into the supply chain.

He said this was the worst time of year to be facing such problems, as it was the peak period for food imports into the UK. If it was June, he added, then much of the fresh food requirement of supermarkets could be met from within the UK.

Mr Opie also noted that a lot of retail supply chains to Ireland go via the UK, either using the land bridge directly, or sending goods to retail warehouses where they are broken into mixed loads for distribution to individual stores. He said “easements” in the customs regime were needed urgently to benefit consumer choice and prices.

Mr Opie said large retailers operating in Ireland told him they were surprised at how complex and difficult it has been dealing with the new regime and its impacts on their existing supply and logistics chains. 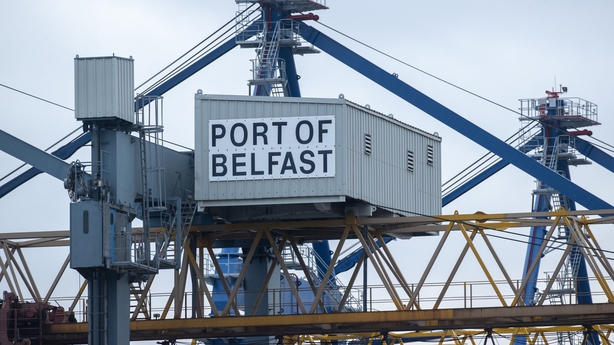 Mr Wright said there is a grave shortage of customs agents – private sector employees who process the paperwork required for British and EU customs authorities. He said existing customs agents are having to work at very high intensity, 24/7, to try and deal with the extra demand for their work.

He said the FDF was considering buying a customs clearance company in order to have access to clearance agent services for members of the federation (saying he wished he had thought of it much earlier).

Mr Wright also pointed out the shortage of vets that Britain faced to deal with the extra volume of health checks on exporting products of animal origin.

On live animals, such as Scottish langoustines, one Scottish member of the committee said in her port town, fishermen who used to send 85% of their catch to the EU are no longer fishing.

The pre-Christmas routine of loading a truck at midnight and having it make a delivery in Paris later that morning had turned into a three-day wait to clear customs, making the trade no longer viable. Even exporting to Northern Ireland required an EU vet certificate 24 hours prior to export.

Andrew Opie of the British Retail Consortium said he was heartened to read that the Irish Government was looking at scrapping the 24 hour certification rule, and hoped other EU countries would follow suit. Though committee chair Hilary Benn wondered what was in it for the EU side to make life easier for British exporters. 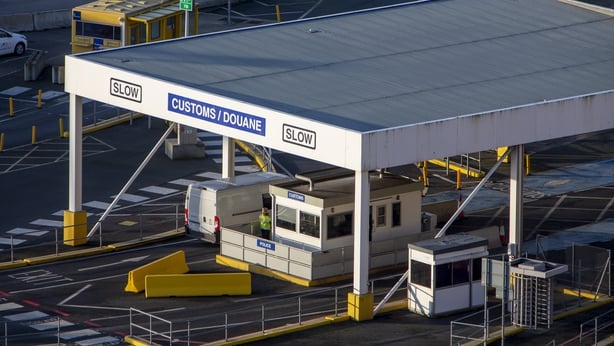 Stephen Phipson, or Make UK, the manufacturing industry lobby group, also pointed to the shortage of skilled customs agents for processing paperwork, and he said freight charges were also increasing as hauliers had to price in delays at the frontier.

He said his organisation was receiving around 2,000 calls a day from member firms, the vast majority from SMEs concerning rule of origin requirements in exporting to the EU. He said most of them “had no idea this was coming”.

While none of the industry groups thought there was a problem with UK revenue computer systems, they were concerned that the pickup in freight movements towards the end of the month would put pressure on them, as would the introduction of customs checks from UK revenue from April onwards.

Businesses had remarked how laborious the process of inputting customs information was, with a lot of manual processes still involved.