A survivor of Bessborough mother-and-baby home in Cork has criticised a finding of the Commission that there is “no evidence of injury to the children involved as a result of the vaccines”.

Mari Steed, who was part of a vaccine trial as an infant, said she was injected in 1960 before being adopted by a couple in the US.

She told RTÉ News: “How would they know? I was never followed up after I was sent to the US.

“My adoptive parents didn’t know I’d been used in a trial. I’ve never been offered any screening by the State (or the Commission) to see if my current health at age 60 has been affected.”

Medical records obtained by Ms Steed show she was administered a trial ‘4 in 1’ vaccine (anti-diphtheria, polio, tetanus and whooping cough). 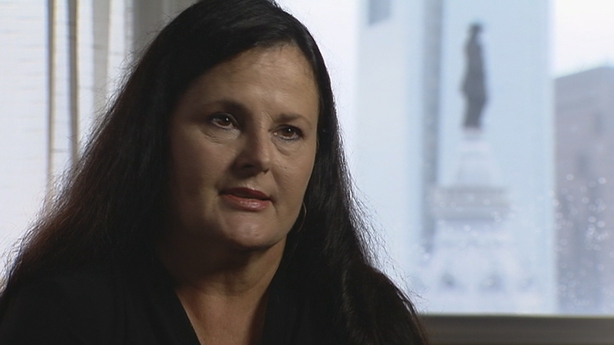 The Mother and Baby Homes Commission Report, which was published this week, identified a total of 13 vaccine trials that took place in the period covered by its remit (1922-1998).

It said seven of these took place in the institutions it investigated between 1934 and 1973, while a further suspected trial in 1965 has not been confirmed.

The Commission found that the trials in seven institutions it investigated were illegal and unethical even by the standards of the time.

It said scientists lacked the correct research licences and failed to comply with contemporary regulatory standards.

The report concludes that these trials would have been a basic breach of the Nuremberg Code, following the trial of Nazi doctors accused of conducting murderous and torturous human experiments in the Nazi concentration camps during World War II.

The existence of a trial at Bessborough of an experimental ‘5 in 1’ vaccine (anti diphtheria, polio, tetanus, whooping cough and measles), first reported by RTÉ’s Prime Time, has been confirmed by the Commission.

Philip Delaney, whose vaccine records suggest he was part of this trial, told RTÉ: “How do they know there were no ill effects?

“We don’t even know which infants were involved in this trial.”

The commission said it has identified “a number of the children involved”.

The trials all involved either the Wellcome Foundation or Glaxo Laboratories, which later combined to form GlaxoSmithKline.

GlaxoSmithKline provided the Commission with extensive documentation about vaccine trials and clinical trials conducted in children’s residential institutions in Ireland in the period 1930 to 1973.

The Commission’s report contains a list of the trials:

1930
Trial of Wellcome anti-diphtheria vaccine on 142 children in two unidentified orphanages and to 436 children aged between eight months and 14 years among the general child population in Cork city.

1934
Trial of Wellcome anti-diphtheria vaccine on 24 children, varying in age from seven months to 14 years, resident in the Dublin Union, later known as St Pat’s.

1934-36
Trial of Wellcome ‘one-shot’ anti-diphtheria vaccine to 250 children in an unidentified residential institution for boys and to 2,541 children among the general population in Co Cork.

1960/1961
Trial of Wellcome Quadruple (4 in 1) vaccine ‘Quadrivax’ on 58 infants and children resident in a number of institutions, including Bessborough, St Patrick’s Home, Navan Road (Pelletstown); Dunboyne; and Castlepollard.

1970
Trial of Wellcome’s Rubella vaccine on 72 children living in the general community and 69 children aged between two and 18 years old “resident in an orphanage in a suburb of Dublin”.

The Commission has also confirmed that two milk trials first reported in the Irish Examiner, had taken place.

They were clinical trials into experimental infant milk conducted in St Pat’s Navan Road (Pelletstown), and Bessborough in 1968/69.