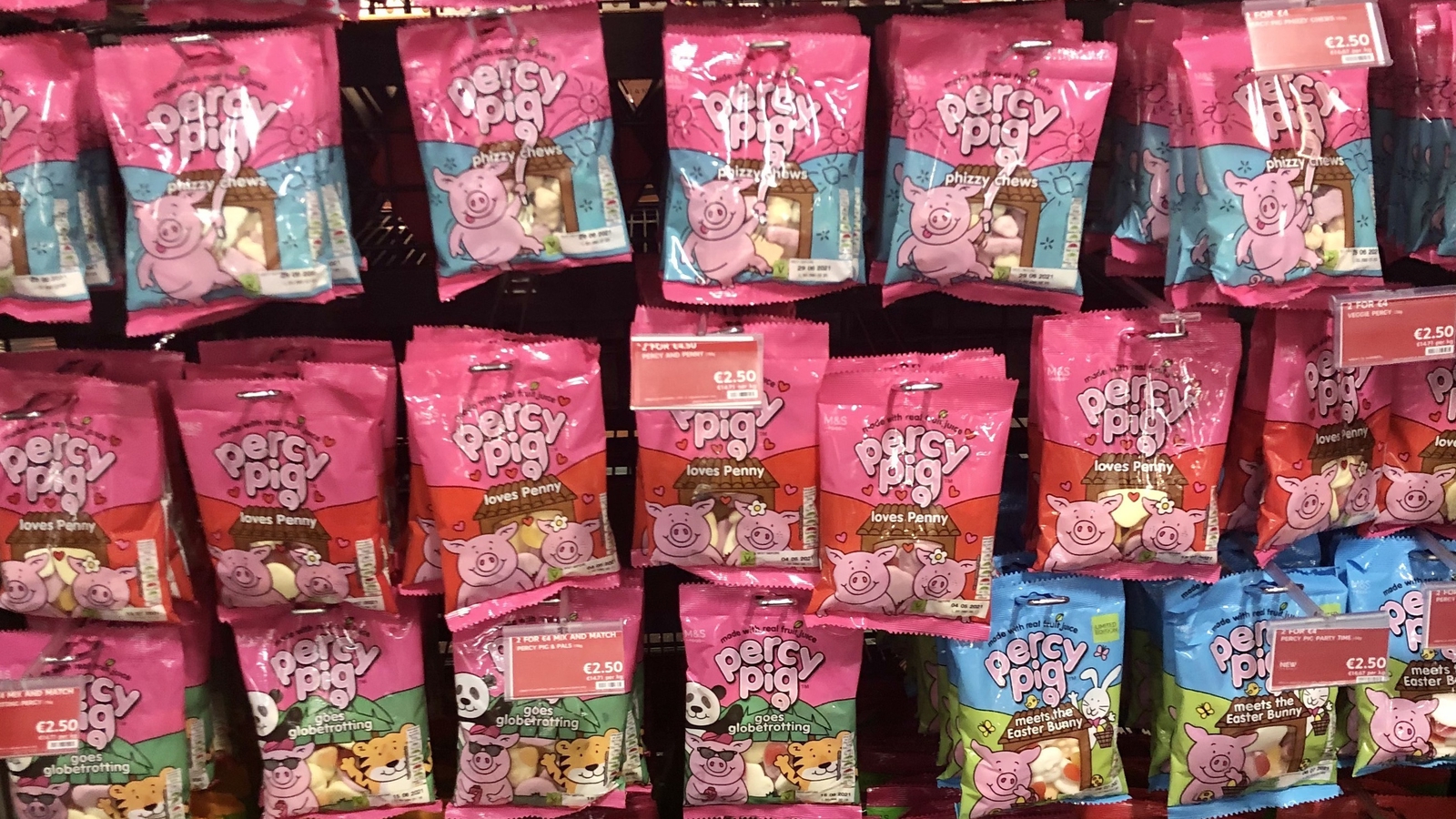 An Irish customs expert says she has found a solution to the Brexit “Percy Pig” problem, that could result in retailers here avoiding having to pay hundreds of millions of euro in tariffs each year.

Under the EU-UK trade agreement struck on Christmas Eve, goods originating in the UK do not have tariffs imposed on them when imported into EU states, including Ireland.

However, it was thought that under the same agreement, goods that are made in the EU and are then transferred into the UK, before being redistributed from there back into the EU without any further substantial processing or manufacturing taking place, should attract a tariff.

The “rules of origin” issue came into sharp focus last week when the Marks & Spencer boss said its popular Percy Pig sweets could be hit with tariffs when exported to EU countries.

That is because the confectionery is made in Germany, before it is shipped to the UK, and then redistributed from there to M&S outlets here and elsewhere in the EU without any further processing taking place.

While the focus was on Percy Pig, M&S said the new rules could impact up to 2,000 products it sells in its food halls.

It also had the potential to heap hundreds of millions of euro in extra costs on other retailers here who buy products through UK distributors that fall foul of the new rules.

But Carol Lynch, a Partner for Customs and International Trade at BDO, says she has found a solution to the problem which she has run past authorities here for verification.

It involves utilising a Returned Goods relief in existing EU customs rules which allows someone to re-import goods without payment of duty where the goods were originally exported from the EU and are in the same state as when they were exported.

According to Ms Lynch, the rules of return apply not just to the country from where they originated, but to any EU state once they can satisfy conditions.

These include that the Irish importer must have proof that the goods were originally exported from the EU, she says.

They will also have to be able to show that the products have not been altered while in the UK in a  declaration to Revenue Customs on the import declaration on arrival into Ireland.

This, however, should be achievable for those companies that operate distribution hubs in the UK with good traceability on imports and exports, Ms Lynch says.

She recognises that the solution may not suit everyone.

Nonetheless, the development is likely to be welcomed not only by those who enjoy Percy Pig sweets, but also businesses that were set to be adversely impacted by the new tariffs on a huge numbers of products.