At least 12 gold miners trapped hundreds of metres underground in China for more than a week have sent up a note warning some are injured, water surrounds them and they urgently need medicine.

Twenty-two workers became trapped more than 600 metres from the mine’s entrance after an explosion eight days ago near Qixia city in eastern Shandong province.

After days without any signs of life, rescuers heard knocking sounds over the weekend as they drilled through the mine’s shaft.

A note was sent up on a line from the depths below saying that at least a dozen of the miners were still alive, but pleading for help as their health and conditions deteriorate.

“We are in urgent need of medicine, painkillers, medical tape, external anti-inflammatory drugs, and three people have high blood pressure,” the note read.

The condition of the other ten workers is unknown.

Four people were injured, according to the note which was crumpled, water-stained and scrawled in pencil on pages ripped out of a notebook.

“We wish the rescuers won’t stop so that we can still have hope. Thank you,” the note read.

The writer of the note asked rescuers to send down some medication from his car, and warned that there was a large amount of underground water where the miners are trapped.

Footage from state broadcaster CCTV showed rescue workers cheering as the knocking sound was detected and later hurrying to read the note which was taped to a line sunk below via a pneumatic drill. 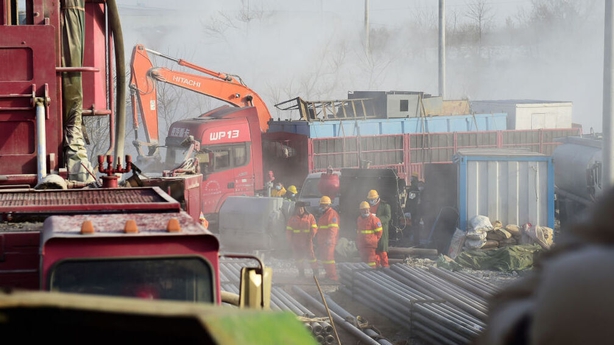 Footage showed rescuers sending a wire taped with food and drinks down a small opening to the miners.

Hopes of a miracle rescue after a days-long ordeal triggered an outpouring of sympathy and encouragement on Chinese social media.

Some rescue workers wore fur hats to keep out the cold while others appeared covered in dust and grime from the rescue operation.

Rescuers intend to drill multiple tunnels into the mine, to vent air as well as deliver supplies while work continues on bringing the miners back up to safety, CCTV said.

The explosion badly damaged the communications system and exit ladder from the mine, which is owned by the Shandong Wucailong Investment Company.

Two officials have already been sacked over the accident. 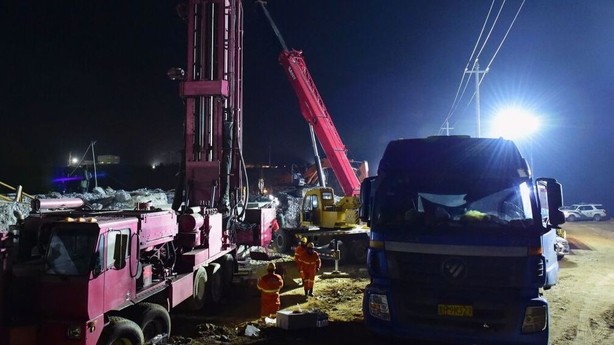