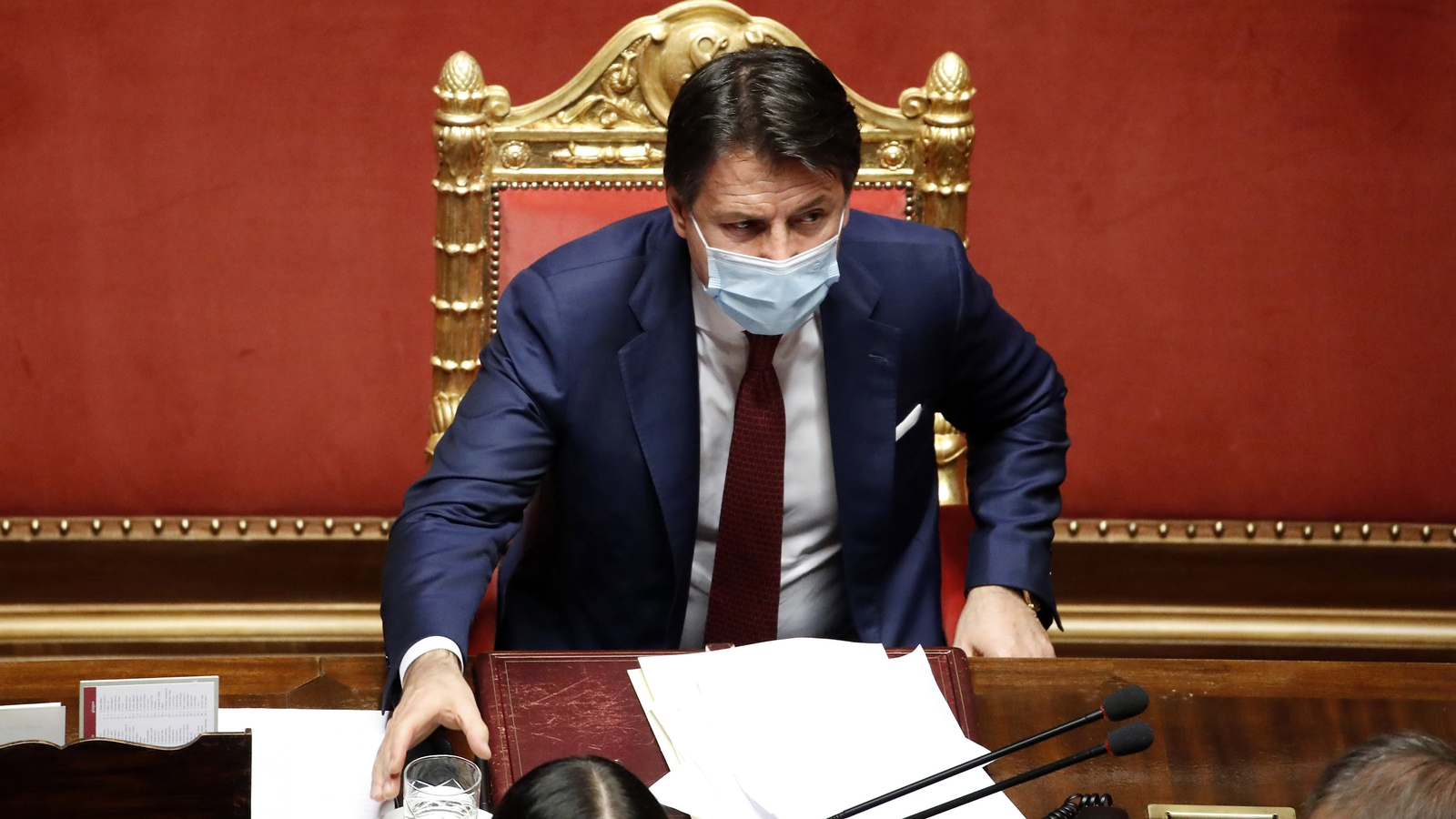 Italian Prime Minister Giuseppe Conte is under pressure from his coalition to quickly broaden his majority but has made little progress since narrowly surviving an attempt to sink the government, political sources said.

After scraping through a confidence vote in the Senate on Tuesday thanks to abstentions, Mr Conte appealed to centrist and liberal lawmakers outside the coalition to join his government’s ranks. Few have responded and time is short.

Next week the government faces a vote on an annual report on the justice system. If it loses, Mr Conte will face more pressure to resign.

Former Prime Minister Matteo Renzi, leader of the small Italia Viva party that triggered the crisis by quitting the ruling coalition, has said it will vote against the government rather than abstain as it did in the confidence vote.

Without an outright majority, Mr Conte will be constantly vulnerable and will face a struggle to push through any contentious legislation as he tries to handle the coronavirus pandemic and an economic crisis.

Italy needs to present a convincing policy agenda to the European Commission, the European Union’s executive, to receive over €200 billion from the bloc’s economic recovery fund.

“In private conversations, many people say they would like to join us but they need time. We are not going to spend a month negotiating, they have to decide,” a senator who is involved in talks with the opposition, but asked not to be named, told Reuters.

Mr Conte won Tuesday’s vote in the 321-seat Senate by 156-140, leaving him five short of an outright majority. The tally included three unelected life senators who seldom attend sessions, so he needs at least eight more to be able to govern with confidence.

Two Italia Viva senators have suggested they could move back to the majority. There have been few expressions of interest from senators in other centrist and centre-right parties.

The co-ruling Democratic Party believes a group supporting the government must emerge in parliament “within the next few days”, a party source said, if Conte is to avoid tripping up in parliament and an election being called.

President Sergio Mattarella, the supreme arbiter of Italian politics, told Mr Conte on Wednesday he needs to secure the support of a stable parliamentary group rather than various individual senators, a source familiar with the talks said.

If Mr Conte succeeds, the group could potentially become the embryo of his own party.

A new political force led by Mr Conte, Italy’s most popular politician, could win about 16% of voter support, making it the second largest after the right-wing League, a survey this week by the SWG polling agency showed.