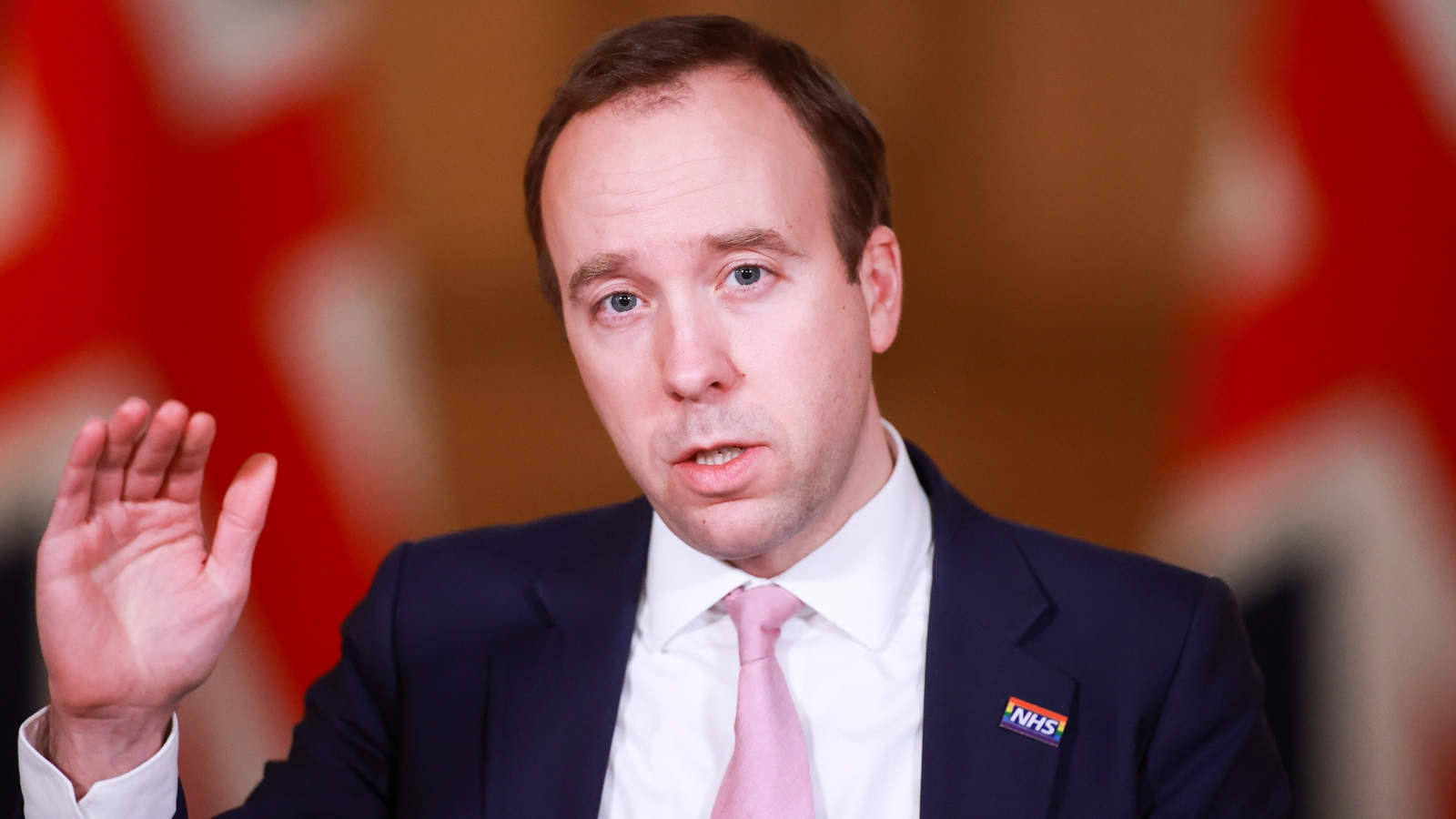 Britain’s health minister Matt Hancock has said he is self-isolating after coming into close contact with someone who has tested positive for coronavirus.

He said he was alerted by the NHS app yesterday evening, having led a Downing Street press conference.

“Last night I was pinged by the NHS coronavirus app, so that means I will be self-isolating at home, not leaving the house at all until Sunday,” he said in a video on his Twitter feed.

“This self-isolation is perhaps the most important part of all the social distancing because I know from the app that I’ve been in close contact with somebody who’s tested positive, and this is how we break the chains of transmission.

“I’ve got to work from home for the next six days and together, by doing this, by following this and all the other panoply of rules that we’ve had to put in place, we can get through this and beat this virus.”

Last night I was alerted by the @NHSCOVID19app to self isolate so I’ll be staying at home & not leaving at all until Sunday.

We all have a part to play in getting this virus under control. pic.twitter.com/MaN1EI7UyY

Mr Hancock must quarantine despite having tested positive for Covid-19 in March, announcing his diagnosis shortly after Prime Minister Boris Johnson revealed his own.

It is understood that the Health Secretary was given the duration of his isolation period by the NHS app.

The health service’s website says the isolation period includes the day the individual was last in contact with the person who tested positive and the next ten full days.

Meanwhile, latest figures from the UK’s Office for National Statistic’s Covid-19 Infection Survey show that an estimated one in eight people in England had had Covid-19 by December last year, up from one in 11 in November.

Antibody data on infection in private households suggests that one in ten in Wales had also been infected by December, alongside one in 13 in Northern Ireland and one in 11 in Scotland.

The figures come from the ONS in partnership with the University of Oxford, University of Manchester, Public Health England and Wellcome Trust.

Last week, the Medical Research Council (MRC) Biostatistics Unit Covid-19 Working Group at Cambridge University said it believed the proportion of the population who have ever been infected was 30% in London, 26% in the North West and 21% in the North East.

It came as some family doctors continue to express their frustration about the rollout of vaccines across the UK.

With more than half of the over-80s and half of elderly care home residents having received the jab, ministers have now given the go-ahead to begin vaccinating the next priority groups – the over-70s and the clinically extremely vulnerable.

Northern Ireland Secretary Brandon Lewis said “there will be an overlap” between those in the first group getting their jab and those in the second as the NHS keeps up the momentum of the vaccine rollout.

He told LBC radio: “We’re very clear that areas should be getting through the majority of the first cohort before they move on to the second cohort, but there will be an overlap.

“The reality is, as you’re moving through these, as you start to bring the second cohort in, there will be a bit of an overlap.

“So, while they’re still finishing cohort one, some people from the second cohort will be having their vaccines and being contacted.

“That’s understandable because the other alternative is you get through cohort one and you pause before you can start getting cohort two in and that would be wrong.

“In order to keep things flowing and moving we will see some overlap, but areas should be getting through the majority of cohort one before they start moving to cohort two.”