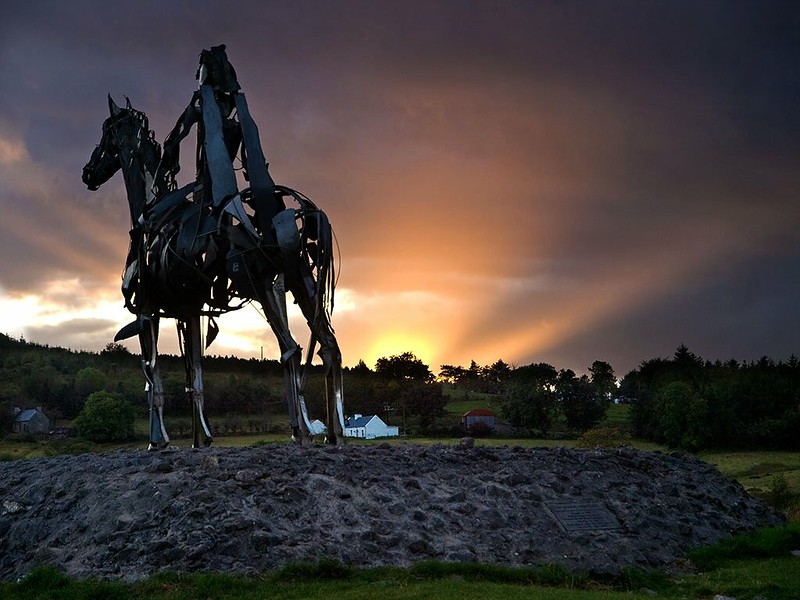 Maurice Harron’s sculpture was unveiled on 12th April 1999 to mark the 400th anniversary of the Battle of the Curlew Pass. It depicts Red Hugh O’Donnell who, on 15 August 1599, led a Gaelic Irish force to ambush an English army as they marched through a pass in the Curlew Mountains.
SHARE TWEET PIN SHARE