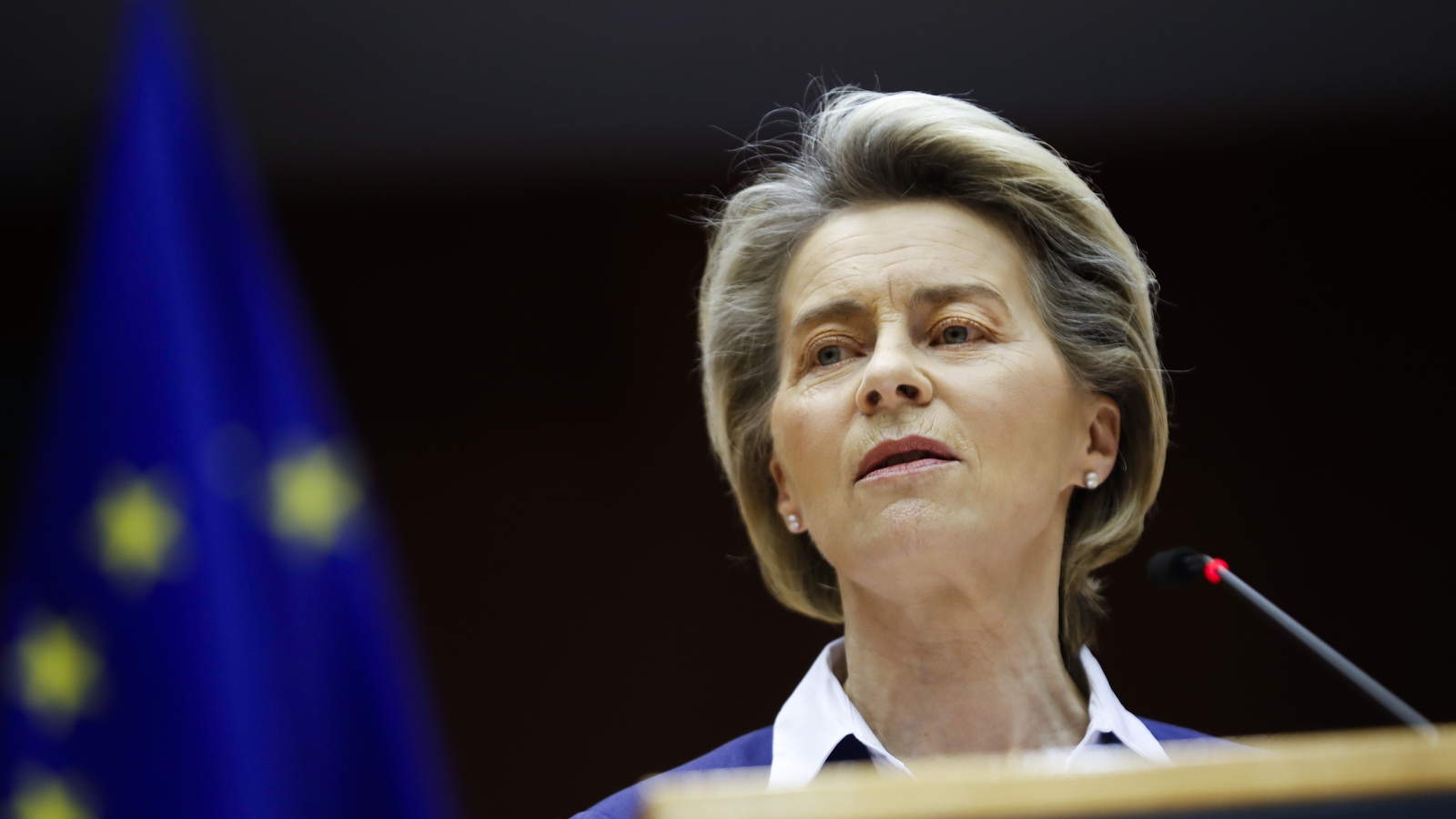 The European Union’s top officials have expressed relief that they would again have a friend in the White House as Joe Biden replaces Donald Trump.

European Council President Charles Michel said the moment should be seized to form a new “founding pact” between democratic powers.

He was joined in the European Parliament by European Commission President Ursula von der Leyen to address MEPs hours ahead of Mr Biden’s inauguration.

“This time-honoured ceremony on the steps of the US Capitol will be a demonstration of the resilience of American democracy,” she said.

“And the resounding proof that, once again, after four long years, Europe has a friend in the White House.”

But she also said the fact that millions of Americans had voted for Mr Trump and that some of them had rioted on his behalf on 6 January should serve as a warning.

“President Trump may be history in a few hours, but his supporters remain. More than 70 million Americans voted for Trump in the election,” she said.

“A few hundred of them stormed the Capitol in Washington, the heart of American democracy, just a few days ago.

“And this really is what it looks like when words put into deeds, when hate speech and fake news become a real danger to democracy,” she said.

Biden to be inaugurated in shadow of division, pandemic
Trump pardons ex-aide Bannon but not himself or family
Rappers and politicians among notable names pardoned

“Despite established democracy being embedded here, we cannot assume that we are immune to these phenomena.”

Ms von der Leyen compared the US riot to a recent attempt by German activists to storm the Reichstag in Berlin in protest at coronavirus lockdown measures.

And she cited the case of Jo Cox, a British MP who was murdered by a far-right activist weeks before the UK voted to leave the European Union.

“Of course, there are differences with the storming of the Capitol, but there are also people here who feel wronged and angry”, she warned.

Europeans should beware of “people who adhere to wildly rampant conspiracy theories, an often confused mixture of completely absurd fantasies”, she said.

Mr Michel, who hoped to host Mr Biden at an EU-US summit in parallel with a NATO meeting in Brussels early in the new president’s term, struck a more upbeat tone.

“Law, order and democracy, have prevailed over this disgraceful attempt to overturn the election. American democracy has proven its strength and resilience,” he said.

There will be special coverage of the US Presidential Inauguration on RTÉ One at 3.30pm