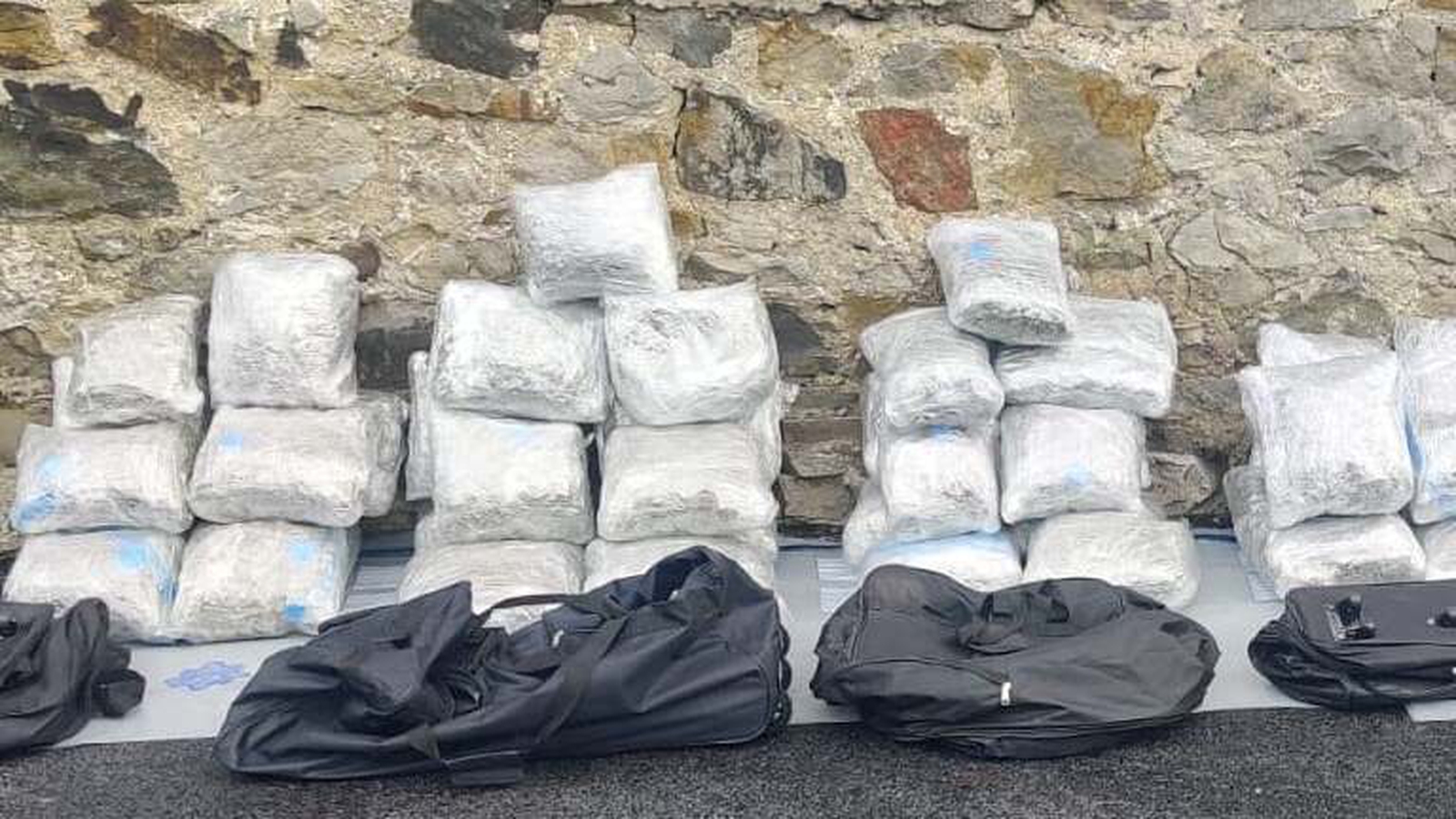 Over €1.1m worth of suspected cannabis has been seized along with a firearm and €100,000 cash, after a search operation in Monaghan and Louth.

Two people have been arrested.

Searches in both counties were carried out at about 12pm today, as part of an investigation targeting suspected organised crime.

Officers from the Garda National Drugs and Organised Crime Bureau and the Garda Dog Unit carried out the searches.

Cannabis herb with an estimated street value of €1,120,000 was seized, gardaí said. They also seized one firearm, ammunition and €100,000 in cash, “which is suspected to be the proceeds of crime”.

A 29-year-old man and a 26-year-old woman were arrested on suspicion of involvement in drug trafficking, contrary to the provisions of section 15 of the Criminal Justice (Drug Trafficking) Act, 1996..

Both people are currently detained at Castleblayney Garda Station under Section 2 of the Criminal Justice (Drug Trafficking) Act, 1996.

“Organised crime groups continue to operate despite the existence of the Covid-19 pandemic,” said Assistant Commissioner John O’Driscoll, who is head of Organised and Serious Crime in An Garda Síochána.

“However, the Garda Síochána is pursuing them with rigour and determination. It is this determination which has given rise to success today, whereby the Garda National Drugs and Organised Crime Bureau assisted by the Garda Dog Unit, have located and seized a sizable quantity of drugs, a firearm, ammunition and cash suspected to the proceeds of crime.

“We continue to target those causing most harm in our community,” he said.

“Reducing the availability of illicit drugs and firearms that cause untold misery in our communities will continue to be our priority and we believe that the seizure today will contribute to the disruption and potential ultimate dismantling of particular organised crime groups that we continue to target, building on other recent success we have achieved.”