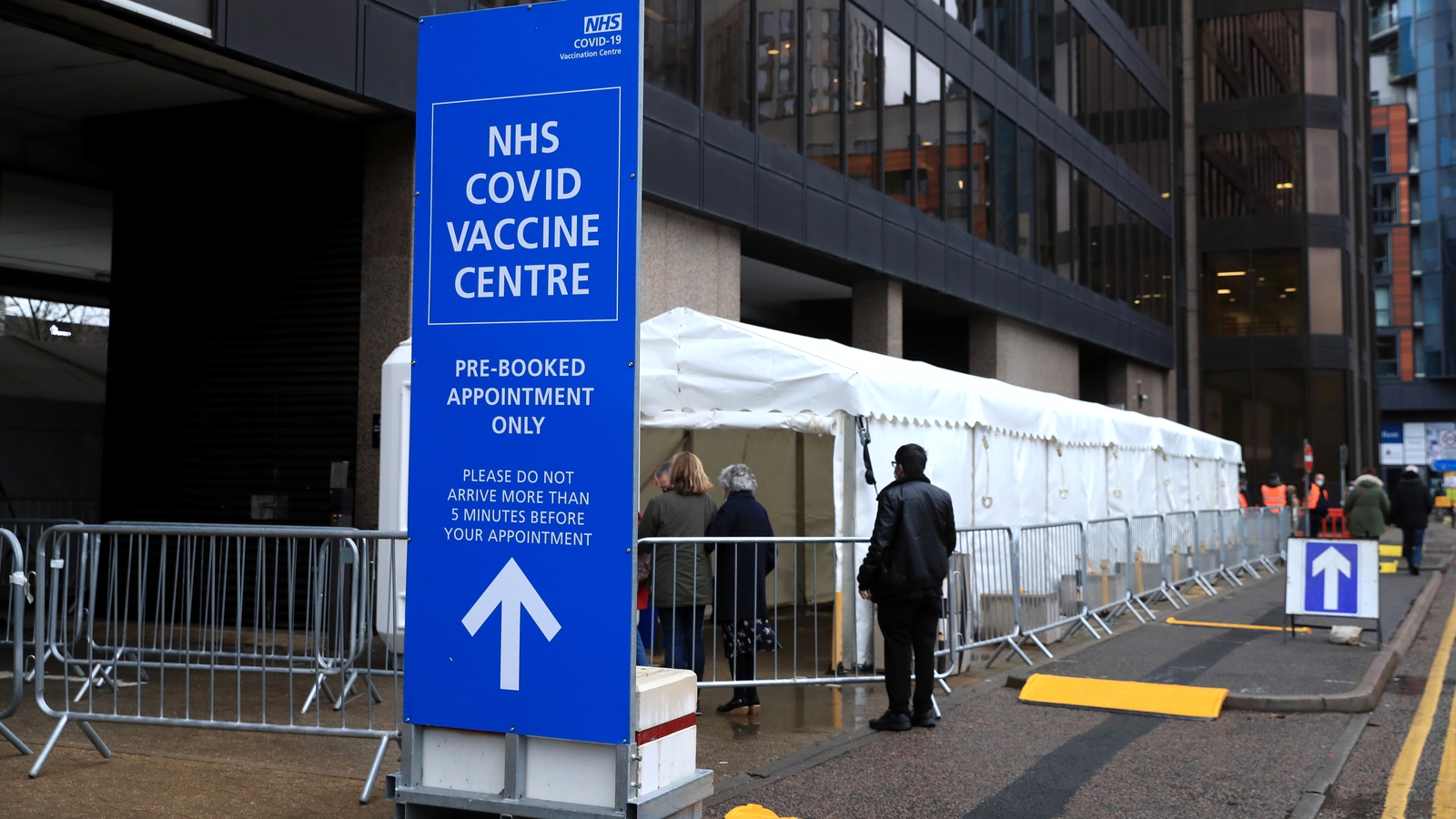 Experts tracking the spread of Covid-19 in England say infections may have gone up at the beginning of the current lockdown.

Professor Paul Elliot, who is leading the React study at Imperial College London, suggested the current measures may not be strict enough to see a drop in infections and the reproductive rate of the virus.

The study on 143,000 people, who were randomly selected, looked at the prevalence of coronavirus including in people without symptoms.

Infections from 6-15 January were 50% higher than in early December, the study found.

Prof Elliott said the current R rate – which represents how many people an infected person will pass the virus on to – was “around 1”.

He said: “We’re in a position where the levels are high and are not falling now within the period of this current lockdown.”

He added: “We’re seeing this levelling off, it’s not going up, but we’re not seeing the decline that we really need to see given the pressure on the NHS from the current very high levels of the virus in the population.”

UK government data shows that the number of new cases of Covid-19 per head of population has been falling in all regions of England in recent days.

The government said the React study does not take full account of the current lockdown measures.

A professor of infectious disease dynamics at Imperial College London said there is “overwhelming” evidence that restricting social contact brings infections down.

Professor Steven Riley warned that if people’s behaviour in the current national lockdown in England stays the same, infections could continue to rise.

On what he expects would happen in the current lockdown, he said: “We would expect a similar plateau, a very gradual increase (of infections), if behaviour stays the same and, if our interpretation is correct, if what we are seeing is kind of the result of the post-Christmas period behaviour.”

Prof Riley said experts working on the React study are looking at whether current lockdown measures are enough to tackle the more transmissible variant of Covid-19.

He said both people’s behaviour and the transmissibility of the virus are contributing to the patterns of rising infections.

He added that he is “extremely concerned” about high infection rates in community transmissions, and that the number of people being treated in hospital is “astronomically high”.

Meanwhile, health minister Matt Hancock said that the UK is “on track” to deliver on its goal of vaccinating elderly care home residents.

He told the House of Commons that 63% of residents in elderly care homes have now received vaccination.

“We’re on track to deliver on our goal of vaccinating elderly care home residents by the end of this month, and I hope sooner than that.”

Responding to a question on the supply of vaccines, he said: “The challenge to supply is, essentially, that we have a lumpy supply.

“The manufacturers are working incredibly hard to deliver the supply as fast as possible, and I pay tribute to them and their work, but it is challenging and therefore it isn’t possible to give certainty as far out as many GPs and those delivering on the ground would like – because the worst thing would be to give false certainty.

“We do try to give information about what is coming next week, but going further out than that, until the supply smooths out, which I’m sure it will over time, I think that would give false certainty and the worse thing would be to have GPs across the country booking in large numbers of people and then having to reschedule those appointments unnecessarily.”