Joe Biden will be sworn in as the 46th president of the United States later today, assuming the helm of a country beset by deep political divides and battered by a raging coronavirus pandemic.

Mr Biden, 78, will become the oldest US president in history at a scaled-back ceremony in Washington that has been largely stripped of its usual pomp and circumstance, due both to the coronavirus as well as security concerns following the 6 January assault on the US Capitol by supporters of outgoing President Donald Trump.

With only a small number of attendees present, the Democrat will take the oath of office before US Chief Justice John Roberts just after noon (5pm Irish time), placing his hand on an heirloom Bible that has been in the Biden family for more than a century. 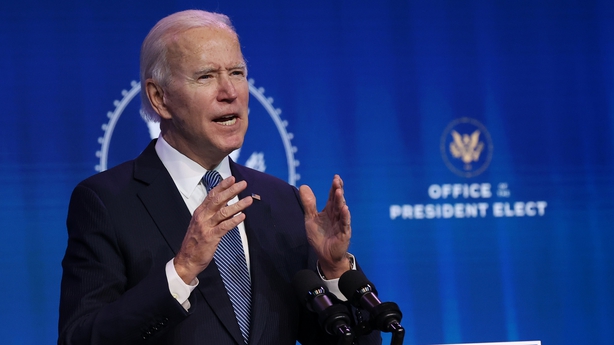 His running mate, Kamala Harris, the daughter of immigrants from Jamaica and India, will become the first first woman, first Black person and first Asian American to serve as vice president after she is sworn in by US Supreme Court Justice Sonia Sotomayor.

Mr Biden bid an emotional farewell to his home state of Delaware yesterday before heading to Washington.

Joe Biden quotes James Joyce while giving an emotional farewell as he leaves his home state of Delaware for Washington DC, ahead of his inauguration as the 46th US President. pic.twitter.com/6DYbwyhAy5

The ceremony will unfold in front of a heavily fortified US Capitol, where Trump supporters stormed the building two weeks ago, enraged by his false claims that November’s election was stolen with millions of fraudulent votes. 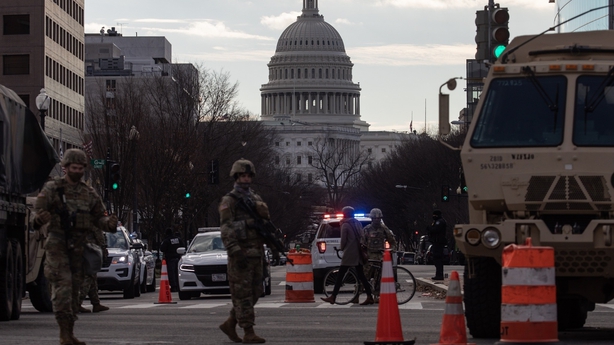 Trump pardons ex-aide Bannon but not himself or family
Inauguration Day: All you need to know
5 ways in which this inauguration will be different
US Election 2020

The violence prompted the Democratic-controlled US House of Representatives to impeach Mr Trump last week for an unprecedented second time.

Thousands of National Guard troops were called into the city after the siege, which left five people dead and briefly forced lawmakers into hiding.

Instead of a throng of supporters, the National Mall will be covered by nearly 200,000 flags and 56 pillars of light meant to represent people from US states and territories. 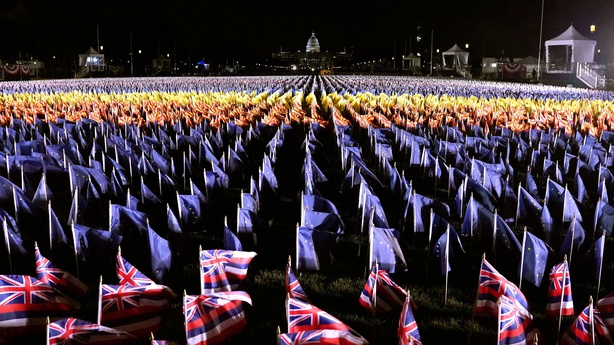 Mr Biden, who has vowed to “restore the soul of America,” will call for American unity at a time of crisis in his inaugural address, according to advisers.

In an early sign of his plan to reach across the political aisle, Mr Biden has invited top congressional leaders, including House Republican leader Kevin McCarthy and Senate Republican leader Mitch McConnell, to join him at church this morning.

In a break with more than a century and a half of political tradition, Mr Trump plans to depart the White House ahead of the inauguration, declining to meet with his successor and affirm the peaceful transfer of power.

Mr Trump, who has grown increasingly isolated in the waning days of his tenure, has still not formally conceded the 3 November election. He will hold a sendoff event at Joint Air Force Base Andrews in the morning, although top Republicans, including Mr Pence, are not expected to attend.

For Mr Biden, who long harboured presidential ambitions, the inauguration is the zenith of a five-decade career in public service that included more than three decades in the US Senate and two terms as vice president under former Mr Obama.

But he will confront a set of overlapping crises that would challenge even someone of his political experience.

The coronavirus reached a pair of grim milestones on Mr Trump’s final full day in office yesterday, reaching 400,000 US deaths and 24 million infections – the highest of any country.

Millions of Americans are out of work because of pandemic-related shutdowns and restrictions.

Mr Biden has vowed to bring the full weight of the federal government to bear on the crisis, including a more robust testing and tracing programme and a massive vaccination drive.

His top priority is a $1.9 trillion plan that would enhance jobless benefits and provide direct cash payments to households. It will require approval from a deeply divided Congress, where Democrats will hold slim advantages in both the House and Senate.

He also plans a series of executive orders on his first day in the White House, including rolling back Mr Trump’s ban on travellers and immigrants from some Muslim-majority countries ,rejoining the Paris climate accord and issuing a mask mandate for federal property.

Although Mr Biden has laid out an ambitious agenda for his first 100 days, including delivering 100 million Covid-19 vaccinations, the Senate could be consumed by Mr Trump’s upcoming impeachment trial, which will move ahead even though he has left office.

The trial could serve as an early test of Mr Biden’s promise to foster a renewed sense of bipartisanship in Washington.