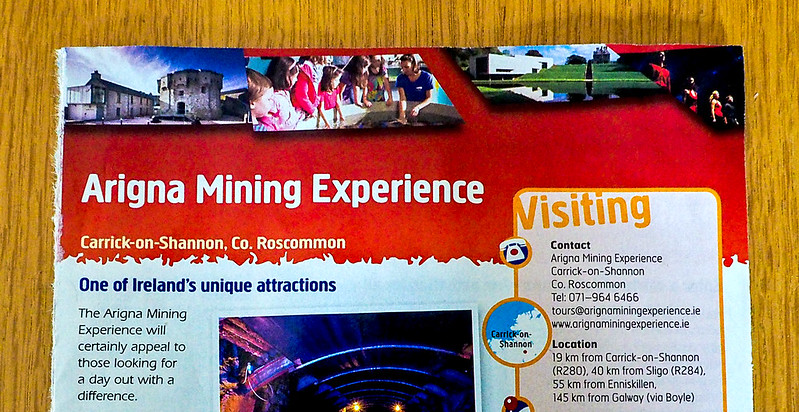 “Arigna Mining Experience, Carrick-on-Shannon, Co Roscommon” !!! Never mind … our tourism ‘authority’ cannot even settle on a title for itself! So far I recall it has morphed through Bord Failte and Failte Ireland etc and now resides alongside DiscoverIreland. Confusion reigns, Dublin-based desk jockeys spout incorrect information and taxpayers pay their wages. Our good friends in Carrick are not to blame, and in fact the Arigna goof was pointed out to me by a viewer who used to work in that fine neighbour of ours.