Where are the Water Troughs?

Many years ago 3 concrete water troughs were presented to the town of Boyle by the Canadian Society for the Prevention of Cruelty to Animals. The letters “CSPCA” were chiselled into the side of each trough.  I remember them well and am guessing each trough was about 2 metres long x 0.7 metres wide and 0.7 metres deep. One was located on The Crescent opposite Dodd’s Bar (later moved to below the steps at St. Joseph’s Hall. A second trough was located on The Courthouse steps and the third on the triangle at the end of Saint Patrick Street as you head to either Assylin or Mockmoyne.
UPDATE: The Saint Patrick Street trough was moved across the street and can be seen there now. 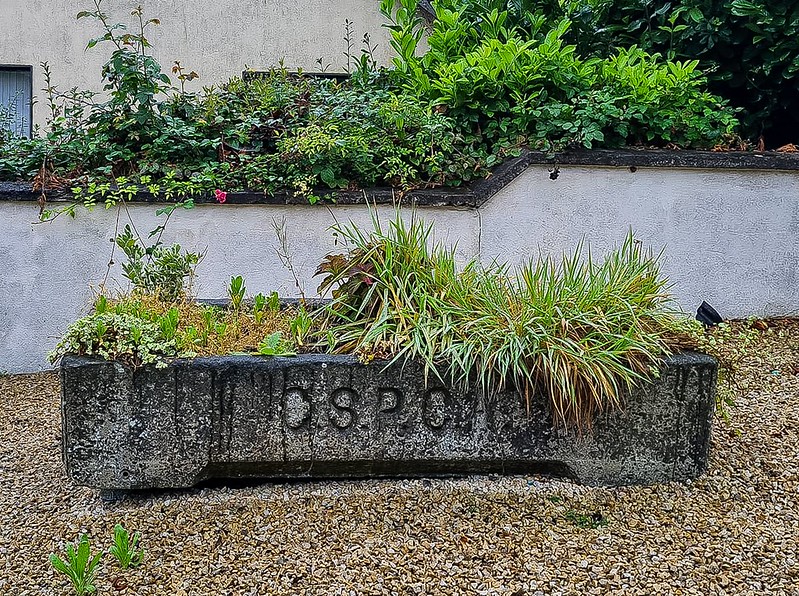