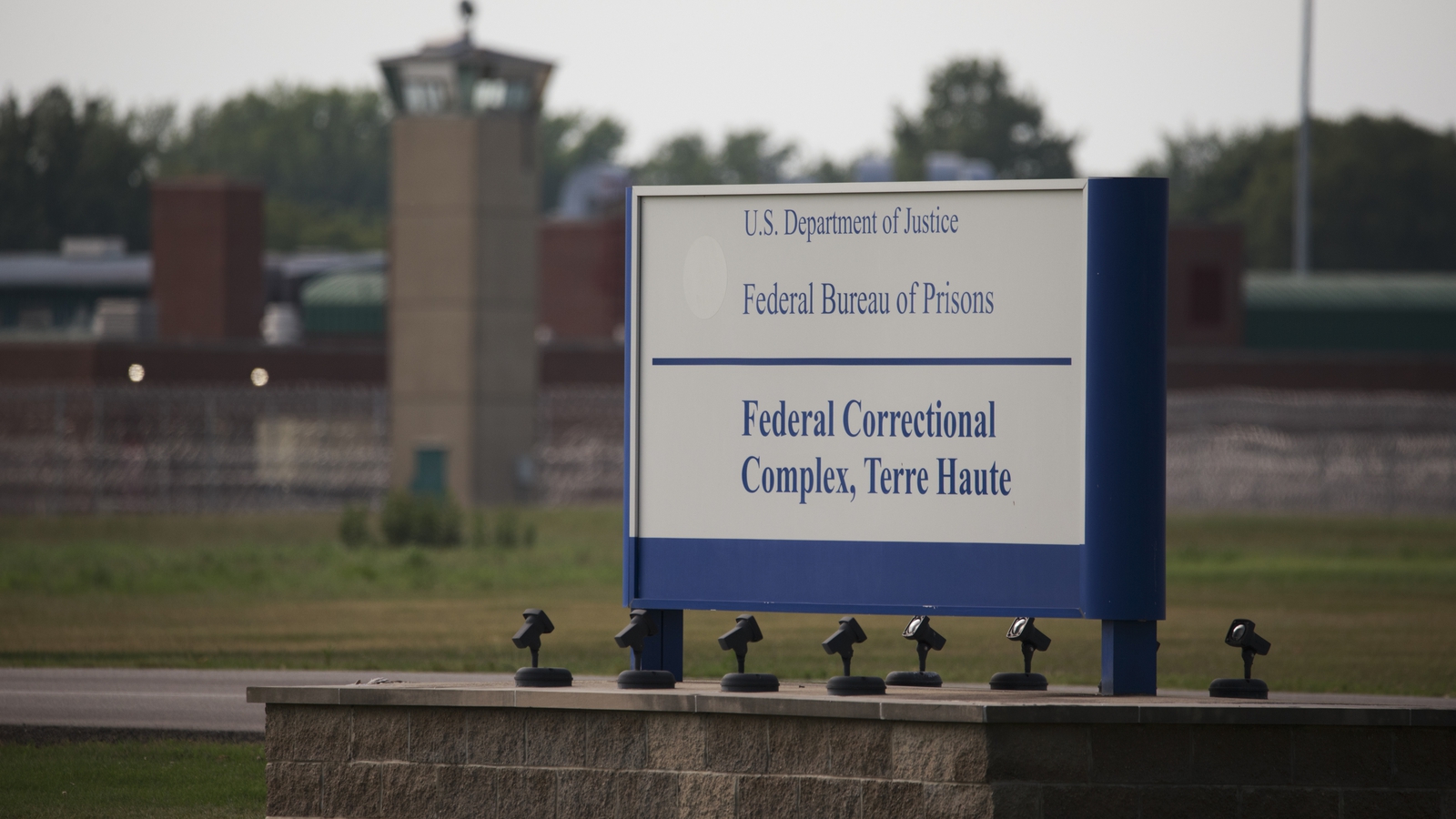 A US appeals court ordered that the last two scheduled federal executions under President Donald Trump’s outgoing administration could proceed today and tomorrow, overturning a stay from a lower court delaying them until March to allow the two condemned men to recover from Covid-19.

The US Department of Justice announced last month that Corey Johnson, 52, and Dustin Higgs, 48, had been diagnosed with Covid-19 but that it would proceed with their executions set for today and tomorrow.

Both men, convicted in separate murders, are being held on death row at a federal prison in Terre Haute, Indiana.

On Tuesday, Judge Tanya Chutkan of the US District Court ordered the executions be delayed until at least 16 March to allow the condemned men to heal, siding with medical experts who said their coronavirus-damaged lungs would result in in ordinate suffering if they were to receive lethal injections.

A split panel of judges at US Court of Appeals for the District of Columbia Circuit overturned Judge Chutkan’s stay by a 2-1 vote overnight.

Lawyers for the two men asked the appeals court to reconsider the ruling by filing a petition this morning seeking a so-called rehearing en banc.

“We will ask the full court to step in to reinstate the stay, but it is time for the government to stop carrying out super-spreader executions,” Shawn Nolan, a federal defender representing Higgs, said in a statement.

Mr Trump, a Republican and a long-standing advocate of capital punishment, oversaw the resumption of federal executions last summer after a 17-year hiatus as the novel coronavirus continued to spread.

Death row inmates, at least two of their lawyers and multiple prison and execution staff have since become ill with Covid-19.

President-elect Joe Biden, a Democrat, will be inaugurated next Wednesday, and says he will seek to abolish the death penalty.

Higgs was convicted of overseeing the kidnapping and murder of three women on the Patuxent Research Refuge in Maryland in 1996. He did not kill anyone himself, which his lawyers have argued is grounds for clemency.

Johnson was convicted of murdering seven people in Virginia in 1992 as part of a drug-trafficking ring. His lawyers say he has an intellectual disability that means it would be unconstitutional to execute him.

Their lawyers, citing medical experts who testified in court, say that their damaged lung tissue would rupture more quickly than usual after lethal doses of pentobarbital, a powerful barbiturate, had been administered.

There could be a period of several minutes in which the men experience a pulmonary edema before the drug rendered them insensate or killed them, the lawyers argued, calling it a form of torture.