The Tower of London’s “queen” raven is missing and feared dead, but her master says there are still seven ravens in residence preventing the fall of the kingdom.

Raven Merlina, described as “free-spirited”, has not been seen at the Tower for several weeks, and was first realised to be missing before Christmas when the ravens were being put to bed.

Legend has it that if the ravens ever leave the Tower of London, both the Tower and the kingdom will suffer, but Yeoman Warder Chris Skaife, Ravenmaster at the Tower, has put minds at rest.

“Just before Christmas, before we went into the lockdown, we were putting the ravens to bed, and she didn’t come back.

“Now Merlina is a free-spirited raven that has been known to leave the Tower precincts on many occasion, but I’m her buddy, and so she normally comes back to us, but this time she didn’t so I do fear that she is not with us anymore,” he told BBC Radio 4’s Today Programme.

He added: “Obviously as the Ravenmaster, my concern is looking after the kingdom.

“Should the ravens leave the Tower of London will crumble to dust, and great harm will befall the kingdom.

“Of course that is myth and legend.

“But we do have seven ravens here at the Tower of London, six by royal decree and of course I still have a spare one, so we’re OK at the moment.” 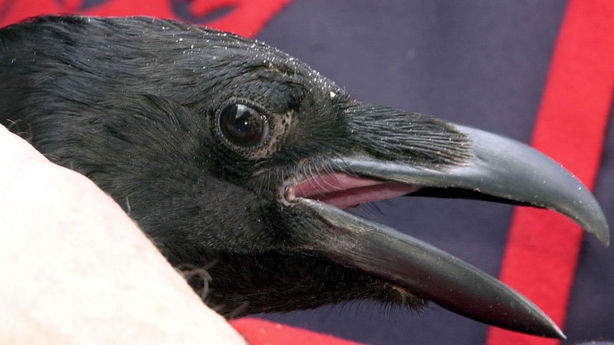 Charles II is thought to have been the first to insist that the ravens of the Tower be protected after he was warned that the crown and the Tower itself would fall if they left.

In a statement, the Tower of London said: “We have some really unhappy news to share.

“Our much-loved raven Merlina has not been seen at the Tower for several weeks, and her continued absence indicates to us that she may have sadly passed away.

“Though it isn’t unusual for our ravens to roam outside the walls, free-spirited Merlina has previously always returned to the Tower and to the Ravenmaster and his team, with whom she shared a wonderfully close bond.

“We now have seven ravens here at the Tower, one more than the required six, so we don’t have any immediate plans to fill Merlina’s vacancy.

“However in time we hope that a new chick from our breeding programme will be up to the formidable challenge of continuing her legacy.

“Since joining us in 2007, Merlina was our undisputed ruler of the roost, Queen of the Tower Ravens.

“She will be greatly missed by her fellow ravens, the Ravenmaster, and all of us in the Tower community.”