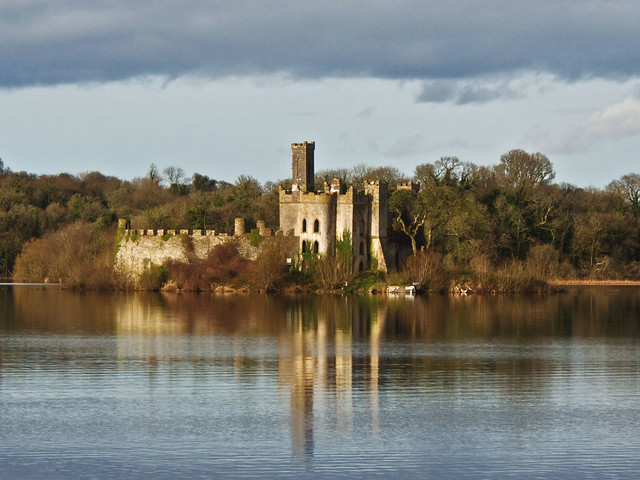 MacDermott was the Chieftain of Moylurg, a Celtic Kingdom in North Roscommon. He had a beautiful daughter, Úna Bhán – so named because of her long blonde hair. His neighbour was Tomas Laidir Costello, a good and sincere man, handsome and strong.

Úna Bhán and Tomas Laidir fell in love and wished to marry but MacDermott would not allow the marriage because he believed Tomas Laidir was not good enough for his daughter. Tomas Laidir was banished from the area and MacDermot had Úna Bhán confined on Castle Island, Lough Key, then called “The Rock”, which was located in the centre of MacDermott territory.

Úna Bhán went into a deep melancholy and was dying of grief. Tomas Laidir, hearing of the situation went to see her and when he left, vowed that if MacDermott did not send a message for him to return before he reached the river, he would never go back. The messenger was sent, but did not reach Tomas Laidir until after he had crossed the river. Being a man of honour Tomas Laidir was unable to break his vow and did not return.

Úna Bhán died of a broken heart and was buried on Trinity Island, an island on Lough key. In his grief Tomas Laidir used to swim to the island every night to keep vigil at her grave. Eventually he got pneumonia and realising that he was dying requested that MacDermott allow him to be buried beside Úna Bhán. His request was granted and thus the two lovers were belatedly united.

Tradition says that two trees grew up over their graves, entwining together to form a Lovers Knot, standing guard over the site.