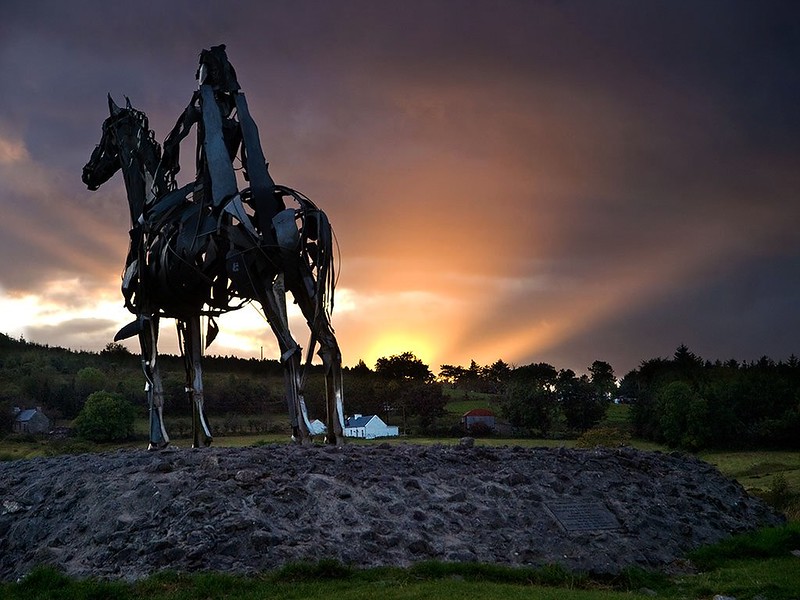 The Gaelic Chieftain is one Ireland’s most magnificent road-side sculptures. It overlooks the site of the Battle of the Curlew Pass.
Sculptured by Maurice Harron, it was unveiled on April 12th 1999, in commemoration of this 400-year-old victory. It depicts Red Hugh O Donnell who, on 15th August 1599, led a Gaelic Irish force to ambush an English army as they marched through a pass in the Curlew Mountains.