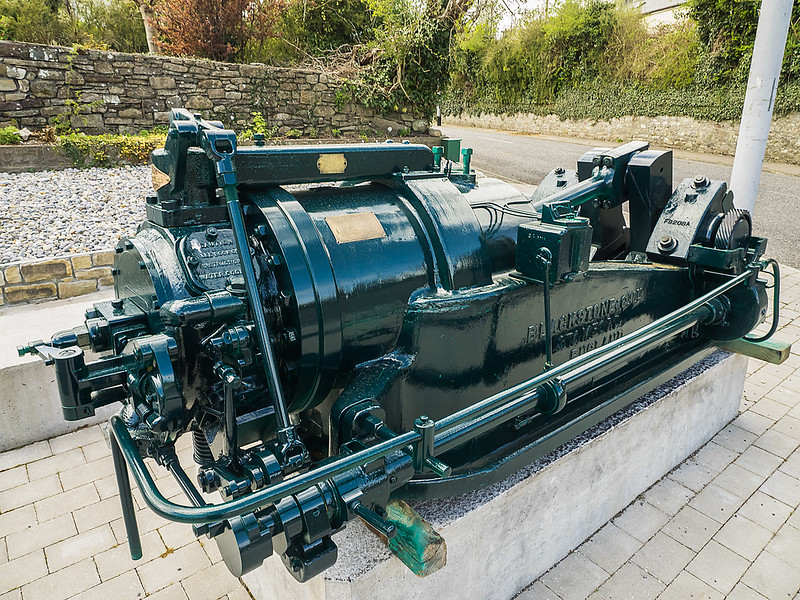 Following ground works completed in 2014 for a new installation at the Mockmoyne / Chapel Street junction, the concrete plinths now support the first section of the old Blackstone Single Fly-Wheel engine that generated Stewarts DC electric power for Boyle until ESB AC power became available in 1965.
The Blackstone engine was bought initially in 1932 by John Stewart for £420 and drove the generator for Boyle current. Boyle Chamber President Seamus Cooney acquired the setup for the Chamber from Ingrid Stewart and stored all behind his then Abbey Terrace house. More recently Boyle Chamber had the apparatus painted green and are now having it placed for display. Hopefully an onsite plaque will display the history of the machinery. 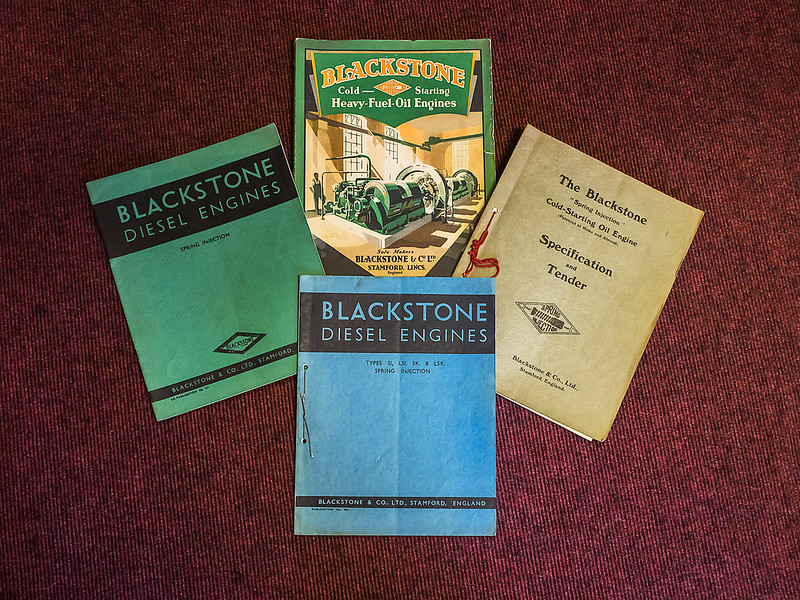