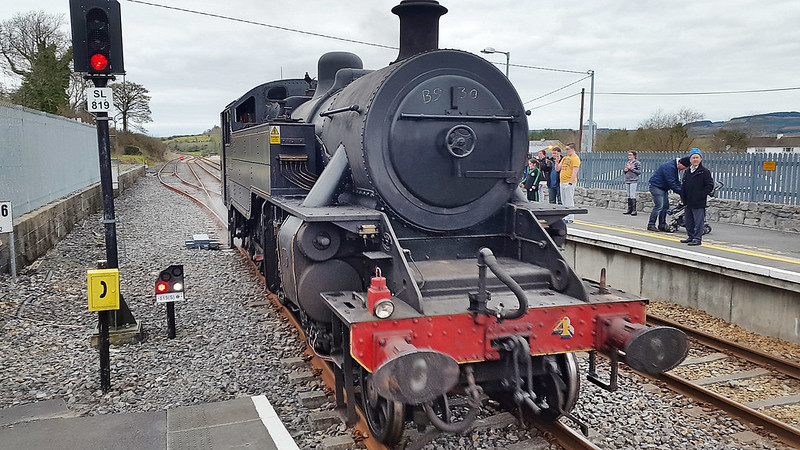 Loco 4: It came (late), conquered (the affection of large attendance) and left in a belching haze of steam and smoke. Loco 4, owned by The Railway Preservation Society of Ireland and eight carriages loaded with passengers thrilled us this afternoon and reminded those of us of a certain age, as well as a host of ‘youngers’ who might not have previously seen the majesty that was steam trains. before diesel locomotives swept them to heritage sidings north and south of the border.
Many of the passengers on the train were delighted that sandwiches, burgers etc were available as well as a fully stocked Bar Carriage. “The only main line train serving Guinness on draught” a happy passenger told me,
I took lots of photos with my trusty Samsung Alpha camera phone, realising too late that my equally trusty Olympus OMD E-M1 was displaying a Battery Empty message!! 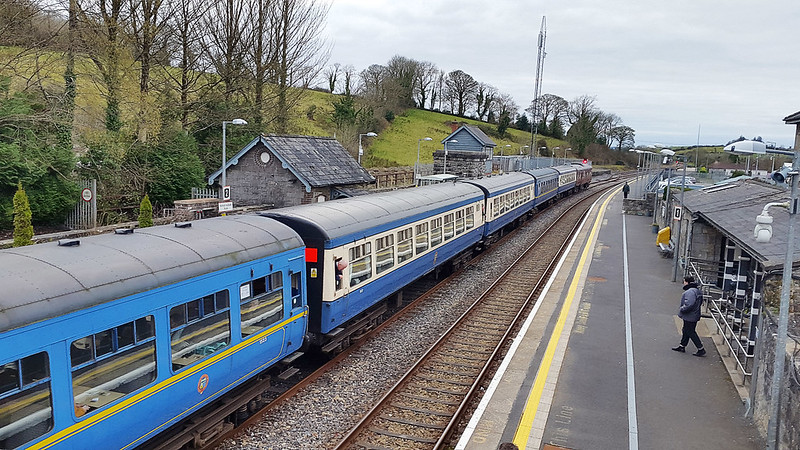