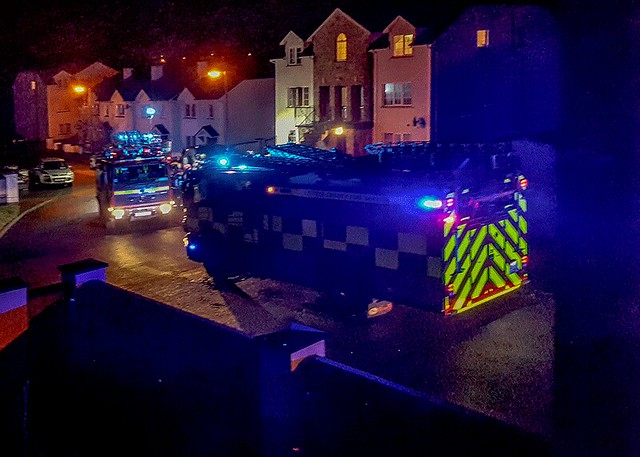 No injuries, but smoke damage was reported at an apartment in Boyle last night (Monday 18th March). Shortly after 10pm, Fire service personnel, Gardai and two Boyle fire engines as well as one from Carrick-on-Shannon were on the scene. Good old-fashioned shoulder-pushing and a crow bar eventually permitted front door entry by personnel with breathing apparatus and a fire hose to the second storey apartment.
It was noted that while fire engines were quickly on the scene, more efficient, modern ‘pneumatic battering ram’ enforcer door entry equipment was not used or did not appear to be available.