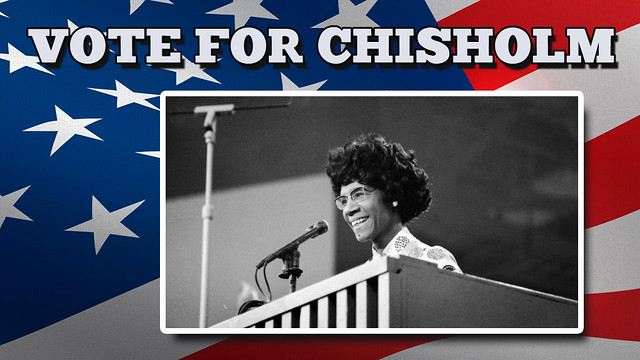 Back in 1972. before Barack Obama or Hillary Clinton, there was Shirley Chisholm. She was a pioneer for her generation, a woman of many firsts – the first African American congresswoman. The first African American to run for president. The first woman to run for the Democratic Party’s presidential nomination. Her slogan— “Unbought and Unbossed”— reminded voters of her independence and outspokenness.