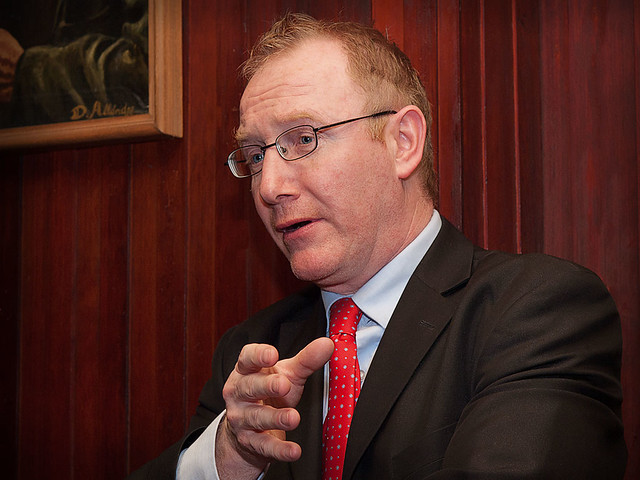 Senator Frank Feighan led an Oireachtas cross-party delegation to Westminster on Monday, involving bi-lateral talks with political leaders in the UK which included an hour long meeting with British Foreign Secretary, Boris Johnson. This was a very historic occasion where for the first time the Foreign Secretary hosted an Oireachtas cross-party delegation in his office. The meeting was robust and the visiting delegation raised concerns about the coherence of the UK Government’s Brexit strategy regarding Ireland.
Boris Johnson told the meeting that the real issue is how to ensure that we have a frictionless border. He said it was absolutely crucial that we don’t have a hard border between us.
He said the friendship between Ireland and the UK predated the Common Market and would remain strong into the future. We are not leaving Europe, he said, and not leaving our relationship with Ireland.”

• Before the bi-lateral talks with Labour, Liberal Democrat and Scottish National Party MPs, the Irish delegation also paid a visit to the Irish Embassy where they met Ambassador Adrian O’Neill.