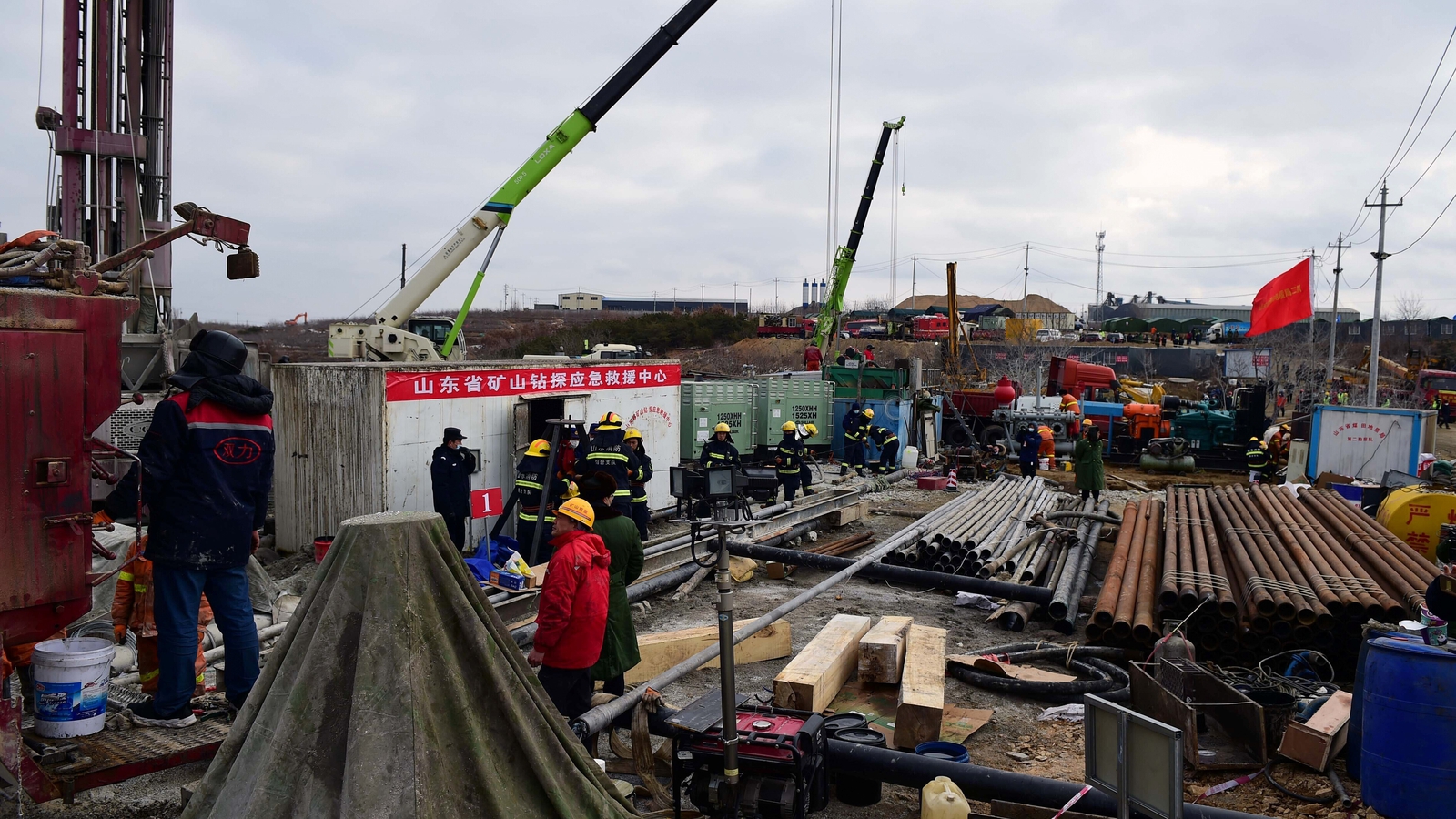 Rescuers believe it could take at least another two weeks to free miners trapped underground in eastern China, dashing hopes of an imminent retrieval for a group that has already spent 12 days underground after an explosion.

The attempt to save 21 workers has been further complicated by a massive blockage that has delayed drilling efforts, according to state media.

“The obstacles are just too huge, which means we need a least another 15 days or even more to reach the miners,” said Gong Haitao, deputy head of the local publicity department, according to state broadcaster CCTV.

The debris standing in the way weighs about 70 tonnes, Mr Gong said.

The blast at the Hushan mine in Shandong province sealed 22 workers hundreds of metres underground on 10 January.

On Sunday, contact was made with 11 miners stuck at one location around 580m below the surface, and much-needed food and medical supplies were lowered down to them.

One of the group of 11 was seriously injured in the initial explosion and has been confirmed dead after suffering head injuries and falling into a coma.

A twelfth miner is believed to be trapped on his own, 100 metres further down in rising waters.

For the other ten miners, hopes are dwindling as they have not been heard from since the explosion.

To extract the group, rescuers are trying to widen one of the shafts to eventually allow the workers to be brought up to the surface.

But progress has been slow because they are drilling through granite, according to officials.

State TV footage showed large piles of unearthed debris at the rescue site, and a drill boring down through a deep shaft.

Official news agency Xinhua reported that the miners have been trying to help search for the missing group using laser pointers and loudspeakers, but have received no reply.

Rescuers have lowered life detectors and nutrient solutions into other sections of the mine as well, without response.

In December, 23 workers died after becoming stuck underground in the southwestern city of Chongqing.