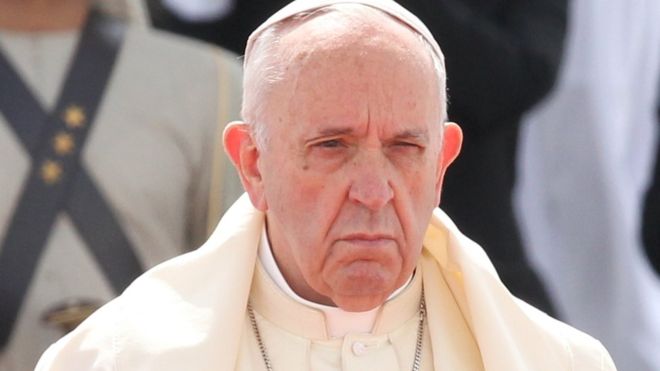 Pope Francis has admitted that clerics have sexually abused nuns, and in one case they were kept as sex slaves.
He said in that case his predecessor, Pope Benedict, was forced to shut down an entire congregation of nuns who were being abused by priests.
He admitted that priests and bishops had abused nuns, but said the Church was aware of the issue and “working on it”.
Just days ago the Vatican’s women’s magazine, Women Church World, condemned the abuse, saying in some cases nuns were forced to abort priests’ children – something Catholicism forbids.