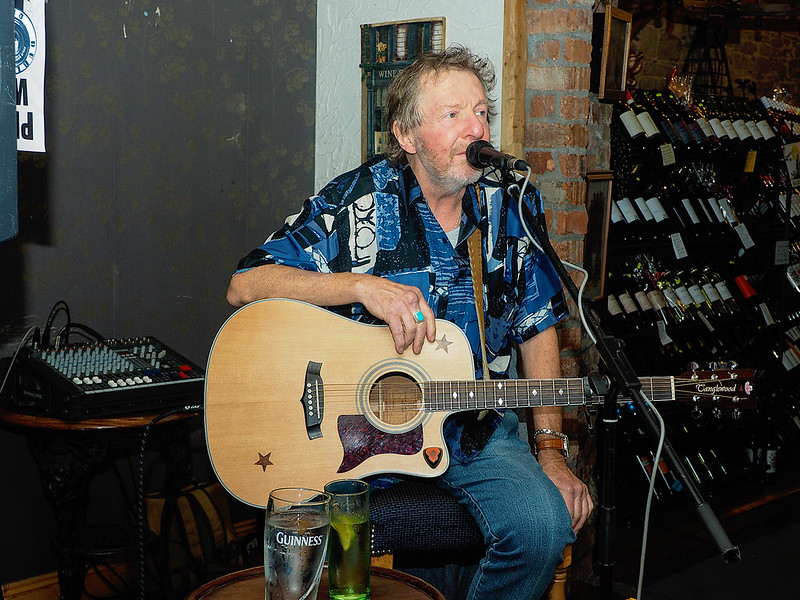 The full-house attendance in Daly’s were treated to a special and most enjoyable night’s entertainment in the company of Nashville musician Philip Donnelly. Only rarely we get the chance to have a performer of Philip Donnelly’s stature play and sing for us in Boyle. Indeed memories of great performances in Barry Lowe’s Moving Stairs would have come to many in the audience. A lovely insert in the night’s entertainment was enjoyed by all with the two songs from Boyle’s John Costello, accompanied by Philip on lead acoustic guitar.
Philip came originally from Dublin and in his early days was often referred to as ‘The Clontarf Cowboy’. Many years followed in the USA playing lead guitar for luminaries The Everly Brothers, John Prine, Nancy Griffith and a list ‘as long as your arm’. Thank you Philip and John for a very memorable night in Daly’s 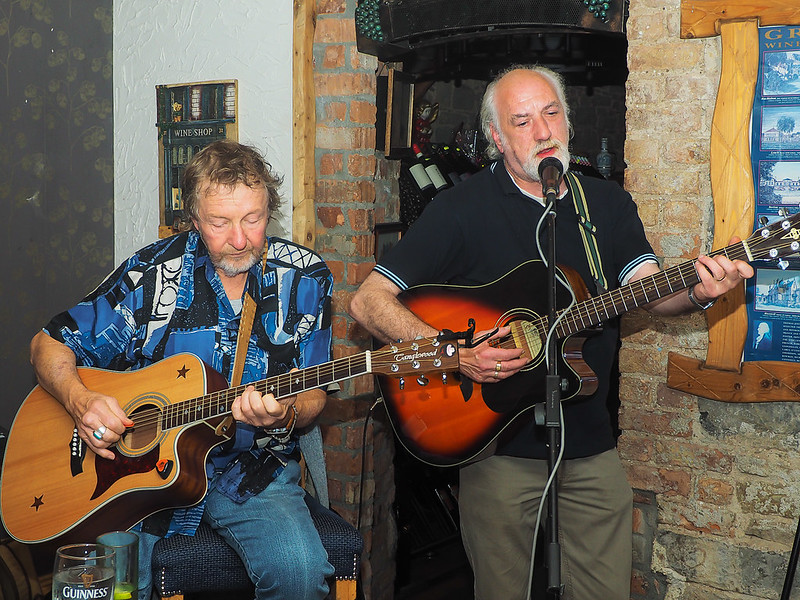