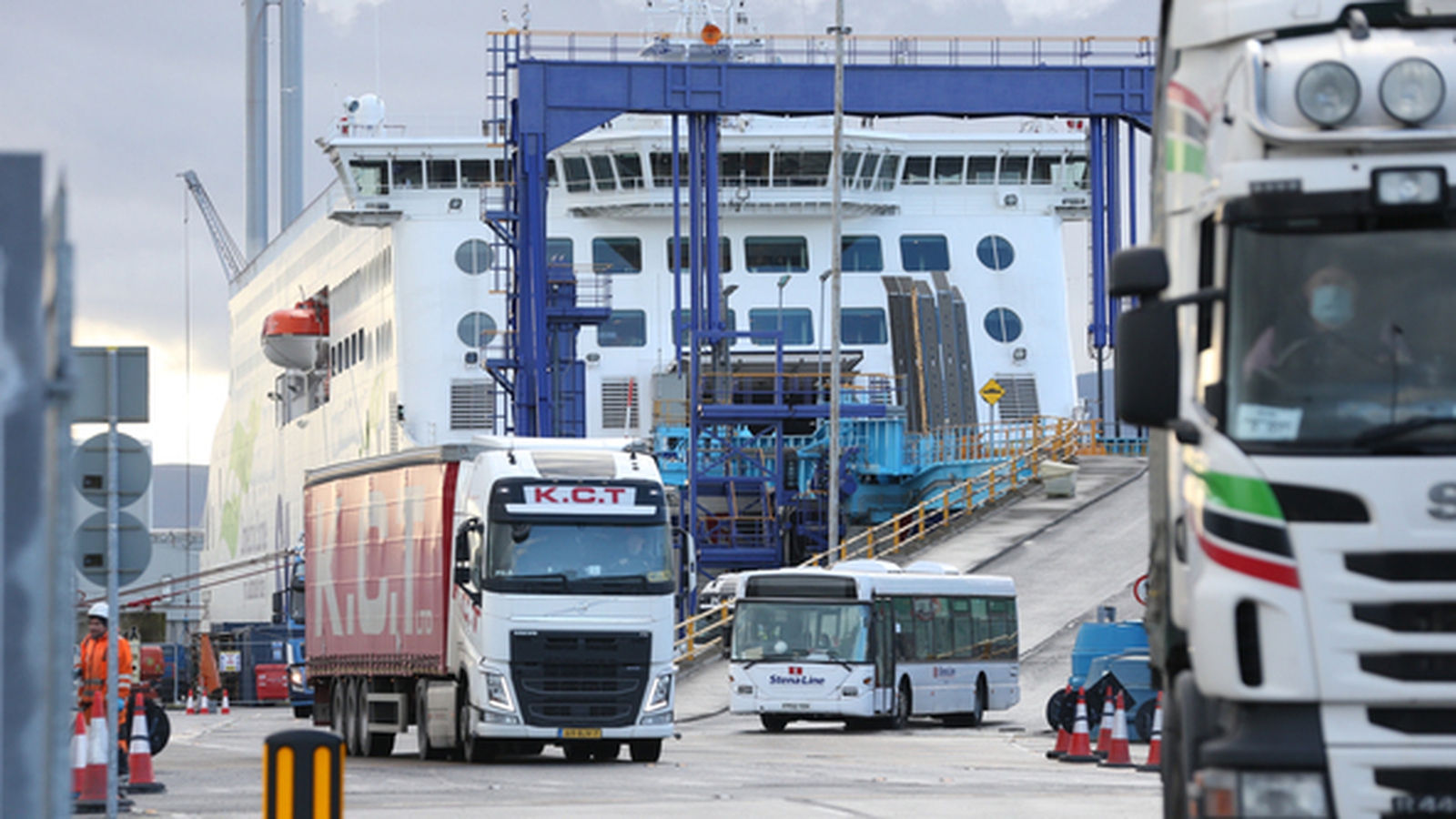 A senior Government official has said there is no reason to expect there will be any significant shortages in goods because of ongoing post-Brexit supply chain challenges.

Declan Hughes, an Assistant Secretary in the Indigenous Enterprise Unit in the Department of Enterprise, Trade and Employment, said there may have been – and may be in future –  some isolated incidents with certain products.

But there had been no shortages of significance at this stage, he added.

He said those in the retail supply chain are at the forefront in dealing with the challenges posed by Brexit.

Three weeks in, it is to the credit of retailers, hauliers, suppliers and importers that they have managed to sustain continuity of supply, he said.

“This last couple of days was again an improvement on the previous weekend, and product is coming through,” he said.

“We are having, as I said, maybe isolated issues with particular products but in overall terms at this stage we are not being appraised of significant issues,” he added.

The comments come despite reports that some supermarkets here, including Marks & Spencer, have had shortages in some goods because they are experiencing difficulties adapting to news customs systems and procedures.

Freight and haulage groups claim large volumes of goods are not leaving distribution centres and warehouses in the UK as British companies are massively underprepared for the new requirements.

This is leading in some cases to fresh product being dumped as it passes its shelf life, they claim.

Speaking at the same briefing, Eddie Burke, from the Department of Transport, said the operating environment for shipping companies, logistics firms and hauliers is “very difficult” due to both Covid-19 and Brexit.

He said trade volumes between Ireland and the UK are gradually improving but remain low for the time of year.

However, he said he is not saying there are no problems, and some goods coming from the UK are not getting through for various reasons.

“We do need to unblock those before it starts to have a serious impact,” he said.

Tom Talbot, Head of Revenue’s Customs Operations at Dublin Port, said in the 24 hours to 8am yesterday, 81% of goods imported into Ireland via Dublin Port had been “green routed” meaning they had not required further checks on arrival.

However, Mr Talbot also acknowledged that trade volumes into Irish ports from the UK remain at around 50% of what they would normally be.

He said this is due to a combination of pre-Brexit stockpiling, along with Covid-19 restrictions.

But freight organisations claim it is because goods cannot get through because of the post-Brexit customs and health demands.

Mr Talbot said Revenue continues to consistently emphasise the importance of timely and accurate information being provided by suppliers and transport companies and when this is done the journey is relatively seamless out of the port.

But he also recognised that there had been issues with some of Revenue’s technology, including the Automated Import System which crashed on two days last week, causing difficulties for importers.

The Revenue official said it is expected that trade volumes will increase over the coming days and weeks, and that will bring challenges, though he added that a plan and sufficient capacity is in place for that.

He also addressed claims that truck drivers are being held in the port for long periods without proper facilities while checks are completed, saying there are toilets and showers at Terminal 11 and hot food is available nearby.

Hazel Sheridan, Senior Superintending Veterinary Officer at the Department of Agriculture, said in the main traffic is moving well through the department’s inspection facilities, although throughput has been lower than expected and planned for.

Ms Sheridan said the main issues her colleagues had experienced were failures to file advance notification and drivers turning up with no or incomplete health certificates for their loads.

Asked if there could be any relaxation or period of adjustment on SPS checks, she said there could not be as they are mandated under European legislation.