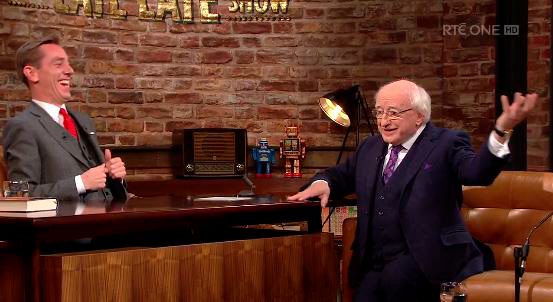 Late Late Show Friday 23rd September: The president spoke about his plans for the future, his life as president and his visions for a new Ireland … and there was nothing but love shown for the Áras resident on the social media machine.
Host Ryan Tubridy found it difficult to get a word in as President Higgins entertained the audience with a few stories from his life as a young man.