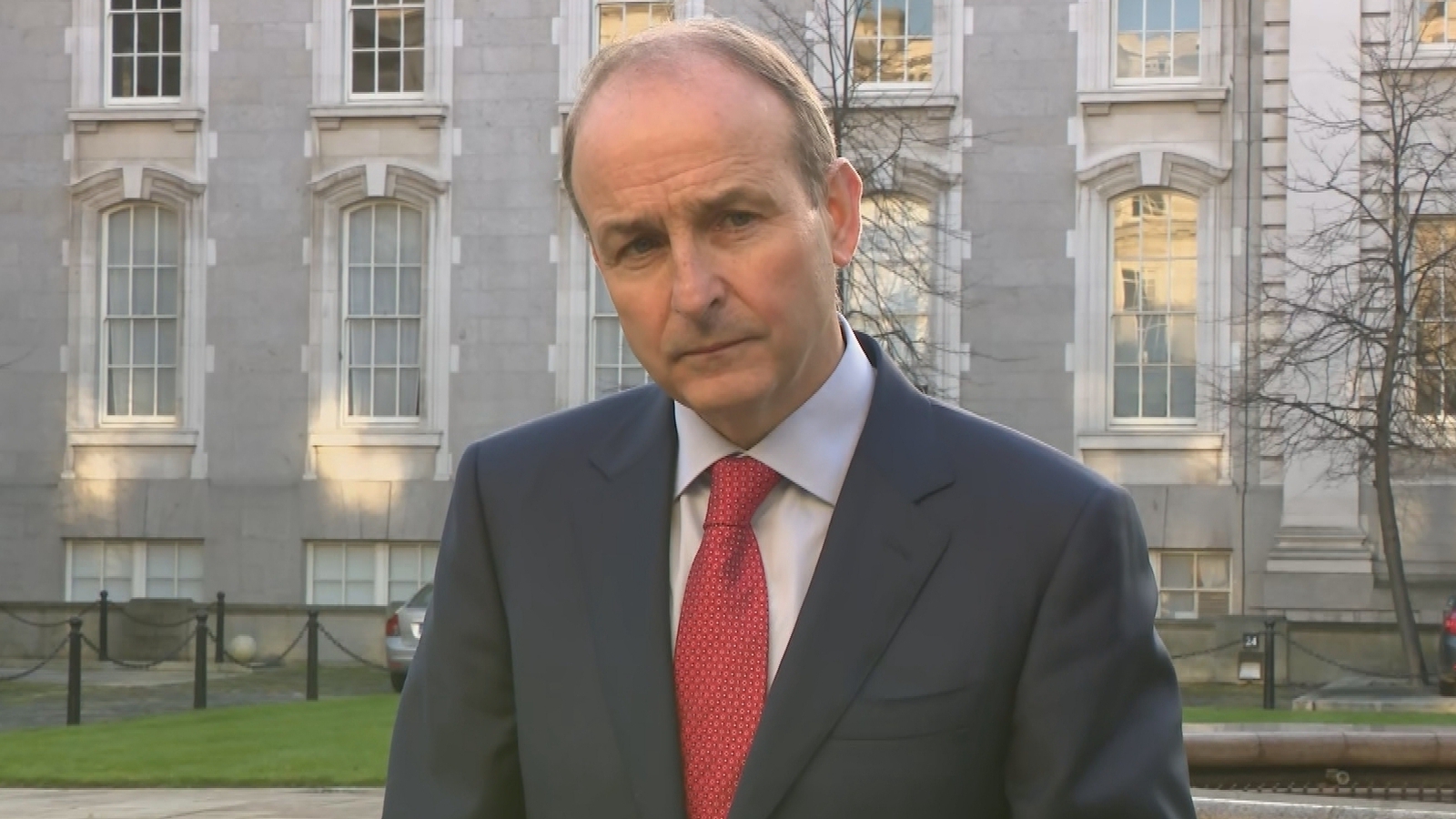 There will be no easing of Level 5 restrictions at the end of this month, the Taoiseach has confirmed, suggesting the current measures will be in place for at least another four weeks.

Micheál Martin also said there are no plans to “seal the island” or “seal the border” between north and south in response to increased calls for tougher measures to curb the spread of Covid-19.

He said Cabinet will consider plans to introduce mandatory quarantining for passengers arriving in to the State who do not have a valid PCR test showing they are Covid negative.

However, Mr Martin said there are “complications” around a wider policy of mandatory quarantine, because of our relationship with the UK, the border with the North, and the fact that we are integrated in to the European economic system.

Speaking at Government Buildings, he said a “two island approach” is being pursued but there are “lots of issues around implementation and delivery”.

Mr Martin said discussions have been taking place between the Ministers for Health and Transport and their UK counterparts but they are at an “exploratory” stage.

Further restrictions being considered around travel include the prospect of suspending visa-free travel for certain countries which the Taoiseach said is “under active consideration.”

The Cabinet is due to meet next Tuesday and will consider the current level of restrictions.

“Certainly there is no talk at the moment in terms of any relaxation or reversing of restrictions at the end of this month, and I think we are looking at a continuation of restrictions in to February,” Mr Martin said.

“You can take it that we will take stock every four weeks of the situation,” he said.

“Given the high level of community transmission that is out there still, I don’t think one can envisage any significant relaxation of restrictions at this particular point in time.

The Cabinet will also consider when schools should reopen. But the Taoiseach dampened expectation of this happening on 1 February, saying the focus of the Minister for Education now is on making provision for children with special needs as soon as possible.

In relation to schools, the Taoiseach says that work on making provisions for children with special needs is “ongoing”. On the issue of wider schools, Micheál Martin says that will be discussed at the Cabinet sub-committee meeting on Monday | https://t.co/sQNOh03BxC pic.twitter.com/CgOHodriPK

Asked if parents can expect schools to open next month he said: “I do not want to pre-empt the Cabinet sub-committee meeting on Monday, but clearly community transmission levels are too high.

“The focus right now is on special schools and the whole area of special education.”