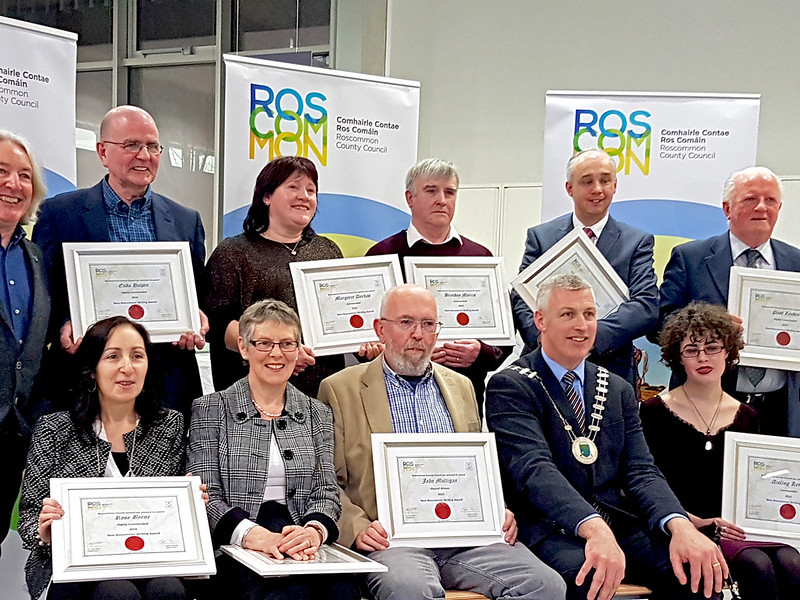 Congratulations to Roscommon Herald Columnist, author and realboyle.com contributor John Mulligan who has won the Roscommon Writing Award 2016, judged by Brian Leyden. John’s entry “Looking At Heaven Through A Paper Telescope” will be published in the Roscommon Herald, Shannonside and followed here on realboyle.com.
A delighted John Mulligan said “Sean, you could have knocked me over with a feather when the result was announced in Roscommon Co Council headquarters. I was thrilled to be declared the award winner for the second year in succession.”
• Brendan Morris from Killaraght, Boyle, was one of the runners-up in this prestigious competition.