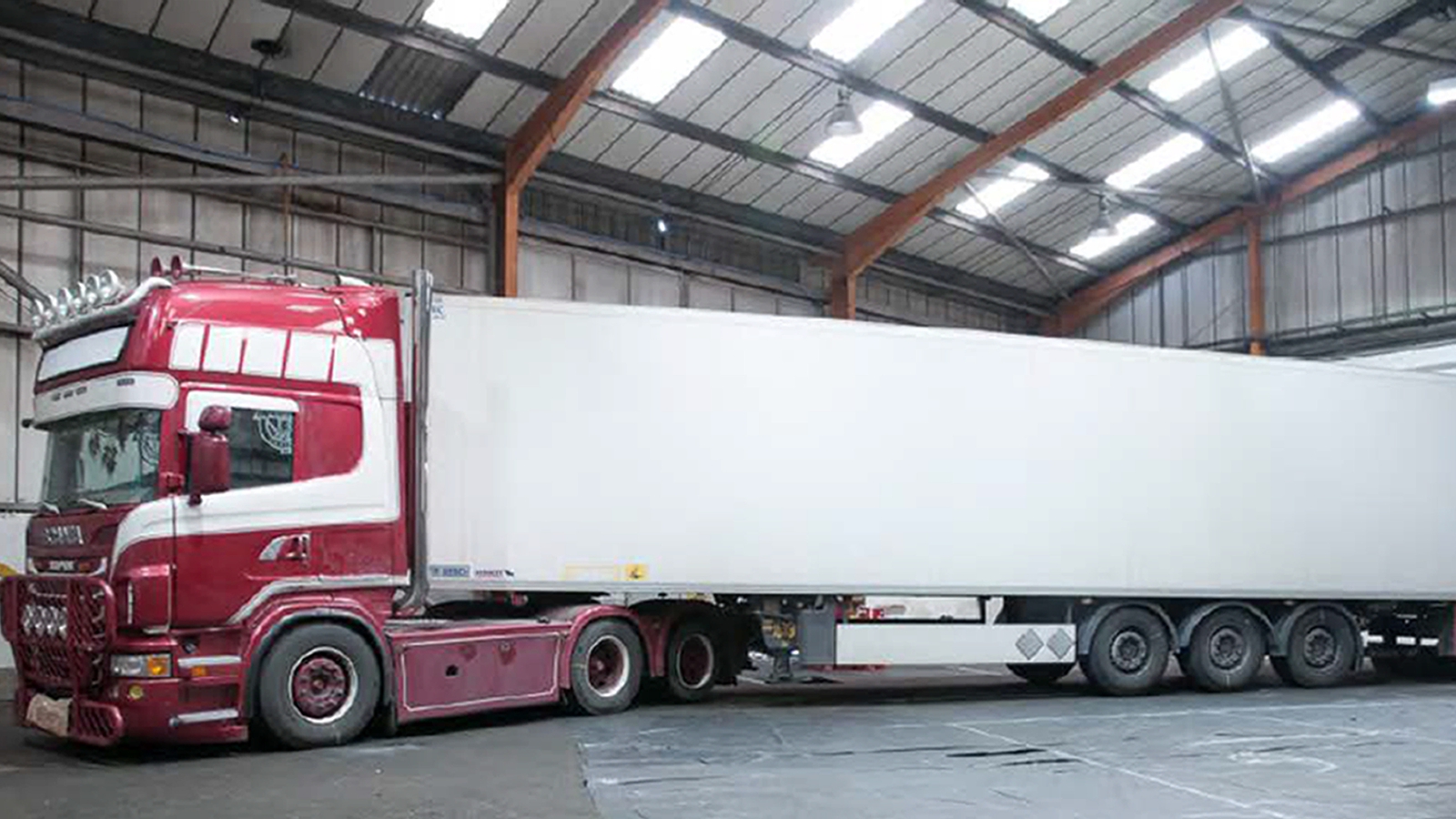 Four people-smugglers are each facing possible life sentences for the killings of 39 migrants.

On 22 October, 2019, they were crammed into an airtight lorry container to be shipped from Zeebrugge to Purfleet in Essex in pitch black and sweltering conditions.

The Central Criminal Court of England and Wales heard how they desperately tried to raise the alarm as they ran out of air before reaching British shores.

The migrants, two aged just 15, were found dead by lorry driver Maurice Robinson who collected the trailer from the docks early the next morning.

Robinson, 26, of Craigavon, and his boss Ronan Hughes, 41, of Armagh, had admitted plotting to people smuggle and 39 counts of manslaughter.

Hughes’ partner in crime Gheorghe Nica, 43, of Basildon, Essex, and Eamonn Harrison, 24, of County Down, who had collected the victims on the continent, were found guilty of the offences.

They will be sentenced today with other members of the people-smuggling gang – Christopher Kennedy, 24, of Co Armagh, Valentin Calota, 38, from Birmingham, and Alexandru-Ovidiu Hanga, 28.

Robinson also falls to be sentenced for money laundering, having admitted taking cash to Northern Ireland for Hughes.

The court had heard the operation was sophisticated, long-running and profitable, with the smugglers standing to make more than a million pounds in October 2019 alone.A total of seven smuggling trips were identified between May 2018 and 23 October 2019, although the court heard there were likely to have been more.

Migrants would board lorries at a remote location on the continent to be transported to Britain where they would be picked up by a fleet of smaller vehicles organised by Nica for transfer to a safe house until payment was received.

The fee was between €11,200 and €14,590, for the ‘VIP route’ in which the driver was aware of the presence of smuggled migrants inside the trailer attached to his lorry.

Some of the trips were thwarted by border officials and residents in Orsett, Essex, had repeatedly reported migrants being dropped off to the police.

Yet the smuggling operation was not stopped until after the tragic journey.

The families of the victims in Vietnam and the UK have spoken of their loss and hardship.

Phan Thi Thanh, 41, had sold the family home and left her son with his godmother before setting off on the ill-fated journey.

Her “heartbroken” son said: “I heard about the incident from mass media so I called dad in the UK in order to confirm if mum was a victim.

“I was very shocked, very sad and I was crying a lot.”

Tran Hai Loc and his wife Nguyen Thi Van, both 35, who were found huddled together in death, left two children aged six and four.

The children’s grandfather Tran Dinh Thanh said: “Everyday, when they come home from school they always look at the photos of their parents on the altar.

“The decease of both parents is a big loss to them.”

He said: “We were very shocked, trembled, we lost track and awareness of our surroundings.

“My wife had fainted many times whenever our son’s name was mentioned.”

The maximum sentence for people-smuggling is 14 years in prison, with manslaughter carrying a possible life sentence.

The defendants, who are in custody, will be sentenced by Mr Justice Sweeney at the Central Criminal Court of England and Wales.