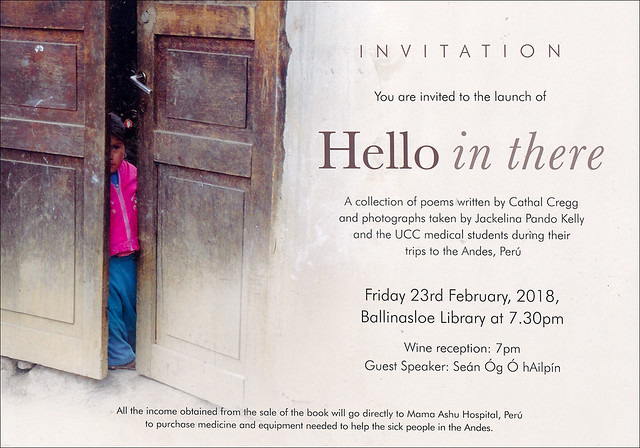 From a very young age Cathal was a very keen sportsman, competing very successfully in the sport of orienteering, and mountain marathon running. He used his love of these sports to raise funds for various charities and set himself many difficult tasks in the process, like climbing Croagh Patrick seven times in under 14 hours and climbing to the highest point in all 32 counties in Ireland in 98 hours. In 2004 Cathal led a team that set a new world record for climbing the five highest mountains in all five countries in the British Isles, completing the task in 16 hours and 15 minutes, a record which to this day has not been broken. In 2012 Cathal returned to formal studies and qualified as a Nutritional Counsellor in 2014.

In 2015 Cathal started to write poetry and short stories. His writings are based on his own personal experiences, the lives of people he meets and the conversations he listens to in his daily life.

Cathal met Jackie in 2008. Both of them were volunteers with the IHCPT (Irish Pilgrimage Trust), an organisation which takes children with special needs to Lourdes in France every Easter. Cathal became very interested in the work Jackie did in Perú and in the work of the Mama Ashu Hospital in Chacas, and since then has been fundraising for the hospital.

Cathal is married to Patricia and has three children, Stephen, Gary and Rachael. He lives in Athlone, Co. Roscommon.
This book is a collection of poems written by Cathal and photos taken by Jackie and the UCC medical students during their trips to the Andes in Perú. The poems are a collection of words that try to express the essence of life in its many different aspects, from the common day to day life, to the deepest thoughts and feelings that lie beneath each of us as human and spiritual beings.

The photos try to capture the beauty of the surroundings of Mama Ashu Hospital and the rural town of Chacas, which is just one of the many hidden and lost towns that lie between the shadows of the stunning snowy peaks and the brown and green colours of the Andean mountains. These photographs also try to capture the simple, but profound beauty of its people and of their daily life with its moments of happiness but also with its struggles.

All the income obtained from the sale of the book will go directly to Mama Ashu Hospital, to purchase medicine and equipment needed to help the sick people in the Andes. We want to thank you for your generosity and for your kind support. Our hope is not only to raise funds to help the ones in need, but that we can all enjoy the message, the music and rhythm of the words in the poems; and the colours and the living spirit behind each of the photos.

Our deepest wish is that this book awakens in our hearts, the deepest feelings of compassion and universal love for everything and for everyone. We are all one, and our ultimate journey is that one in which we open the door, we look inside, and we say to others and to ourselves, all as one: “Hello in there…” 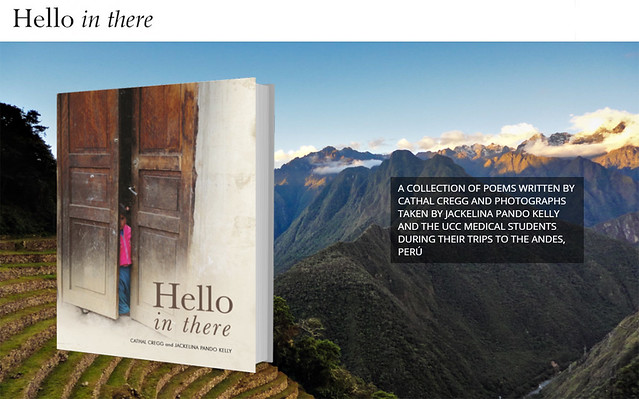