Guatemalan security forces have broken up a caravan of about 4,000 Honduran migrants trying to reach the United States on a journey of thousands of kilometres through Central America on foot.

Police advanced on the group in a coordinated move, striking batons against their shields to make an intimidating noise, prompting the migrants to scatter.

The group was still on Guatemalan soil, and some regrouped to resume their quest for a better life further north.

Thousands of others began returning to Honduras after clashing with the police.

The caravan, which departed Honduras on Friday, has been held up since Saturday at the town of Vado Hondo in southeast Guatemala, some 50km inside the border.

People have been waiting to pass, sleeping outdoors and blocking a key road where a massive logjam of cargo trucks has built up as a result.

As the migrants retreated before the advancing security forces yesterday, several threw stones at police. 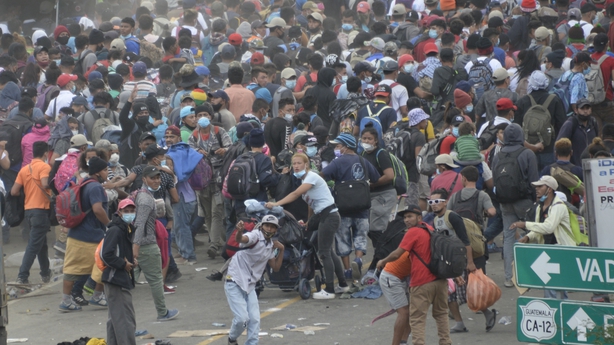 The officers responded with tear gas as they attempted to drive the group back towards the Honduran border, and clearing the road for trucks. 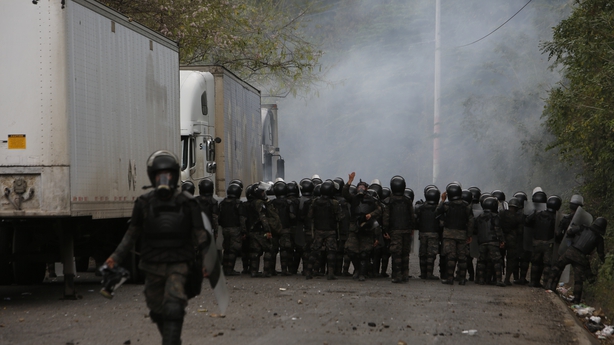 Women carrying small children were among those to flee before the police.

“I am going with my son, in Honduras I have nowhere to live,” a woman told the Guatevision channel, catching her breath after a brisk run.

“If we had money we would not be here heading north. They treat us like dogs, it should not be like this,” said another woman, holding a small girl. 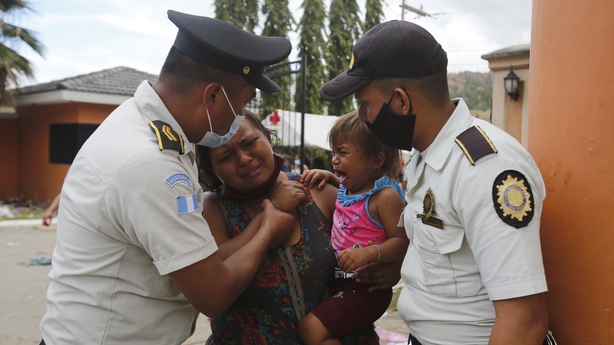 On Sunday, the group was confronted by police and soldiers with tear gas and batons under strict orders to stop anyone without travel documents or a negative coronavirus test from going any further.

Several migrants were injured in clashes, a health worker said.

Saying they are desperate to escape poverty, unemployment, gang and drug violence and the aftermath of two devastating hurricanes, the migrants aim to cross Guatemala and Mexico, walking all the way to the United States.

They are hoping for a warmer welcome, and a better life, in the US of President-elect Joe Biden after years of anti-immigrant rhetoric by Donald Trump.

Some 9,000 have set out from Honduras since Friday.

Yesterday, Guatemalan migration authorities said more than 1,500, including 208 children, had since returned to Honduras. Some 800 people were stuck in a town neighbouring Vado Hondo. 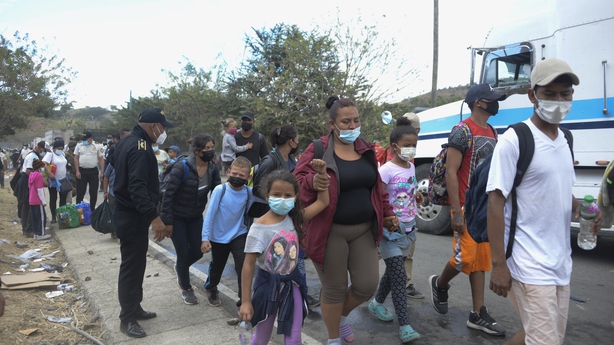 Those determined to stay the course, including families with young children, spent a second chilly night outdoors, sleeping on the road or patches of grass, the lucky ones wrapping up in blankets, the rest donning sweaters or long-sleeved T-shirts packed among their sparse belongings.

Among the group, 40-year-old Marta del Cid said she had no intention of turning back.

“We are sad, heartbroken, hungry, tired from the journey, but I will endure it all to get to the United States,” she told AFP.

The quest is likely to end in heartbreak for many, with Guatemala having deployed 5,000 soldiers along the arduous route, and Washington warning the would-be asylum seekers in an official communication not to “waste your time and money”. 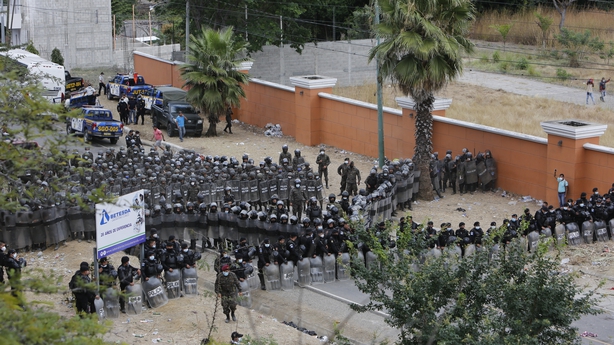 According to the country’s health ministry, 21 migrants tested along the route so far were positive for the virus.

Several dozen people who avoided controls have reached Ciudad Tecun Uman, the border post between Guatemala and southwestern Mexico. But they have little hope of getting past the Mexican National Guard deployed at the border.

The Mexican government has said it will not allow “illegal entry” and has deployed 500 immigration officers to border states, as well as buses to take migrants back to Honduras.

“We are making proposals to seek dialogue with the migrants… They should be taken care of so that they do not enter any country by force,” he told reporters.

The Inter-American Commission on Human Rights has expressed “concern” over the forceful containment of the caravan at Vado Hondo, and urged Guatemala’s security forces to handle the situation with minimum force.

But Guatemala has denounced what it said was a violation of its national sovereignty, and urged Honduras to “contain the massive departure of its inhabitants.”

Honduras has, in turn, complained about the way its citizens have been treated by its neighbor.

More than a dozen caravans, some with thousands of migrants, have set off from Honduras since October 2018, but all have run up against thousands of US border guards and soldiers.