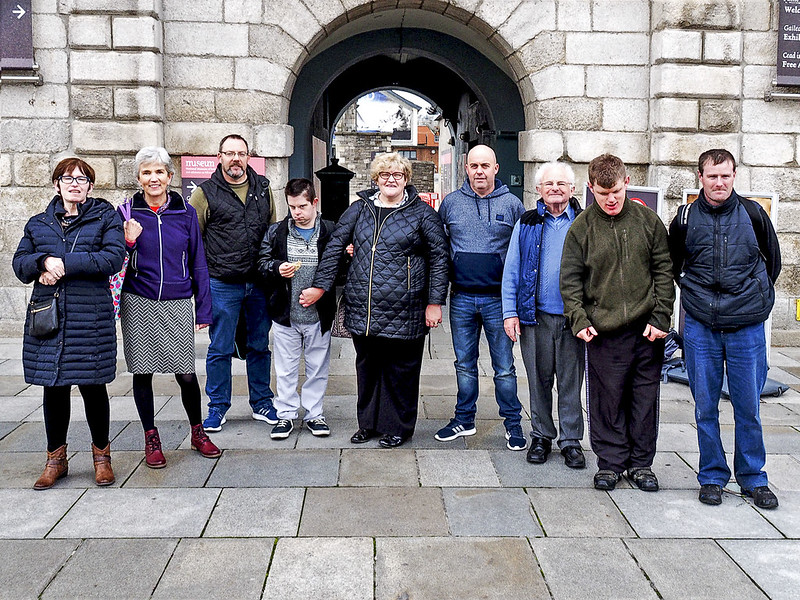 • Wednesday 18th October: I had the pleasure of accompanying the Fotofit / Brothers of Charity (Boyle) group to the highly recommended Portrait of a Century Exhibition in Collins Barracks, Dublin. We are an active, friendly group who meet regularly to discuss aspects of camera use and matters photographic
• The Exhibition is the story of Ireland from 1916 to 2015 told through the faces of its people with photographs by Kim Haughton. Each photograph represents the birth year of the person in it and the series as a whole spans a one hundred year time frame from 1916 to 2015.