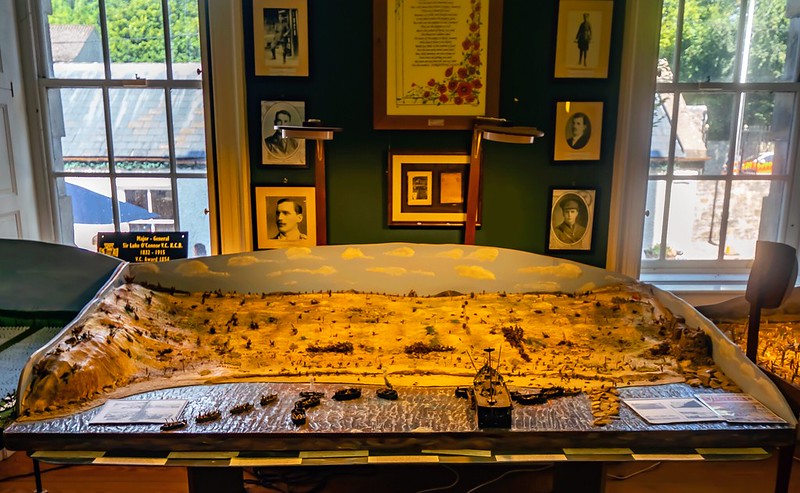 The bodies concerned with the Connaught Rangers Remembrance Room FREE exhibition in King House appear to accept that the current location of the CRA exhibition will be vacated – as flagged previously on www.realboyle.com
• We are in possession of a 5-page document signed by CRA Chairman P J Maloney
• Following on from an infantile attack on Sean O’Dowd, the document states that the Connaught Rangers Remembrance Room will be vacated, and moved upstairs in King House.
• The document states: “there was no official meeting with Roscommon Couty Council as was reported. An informal conversation occurred between the manager of King House and committee members. [Three from Galway – one from Boyle and two staff from King House. The Roscommon CoCo Tourism Officer was also present, but not mentioned]
• There is no mention in the document regarding the future for the Remembrance Room, an exhibition of a silversmith’s works
• The document states “We can reassure all members that no items are being moved to Galway or anywhere else …”
•  Additionally, www.realboyle.com has been supplied with photos of the current exhibits in King House, as well as the 5-page document and they will be published as required.