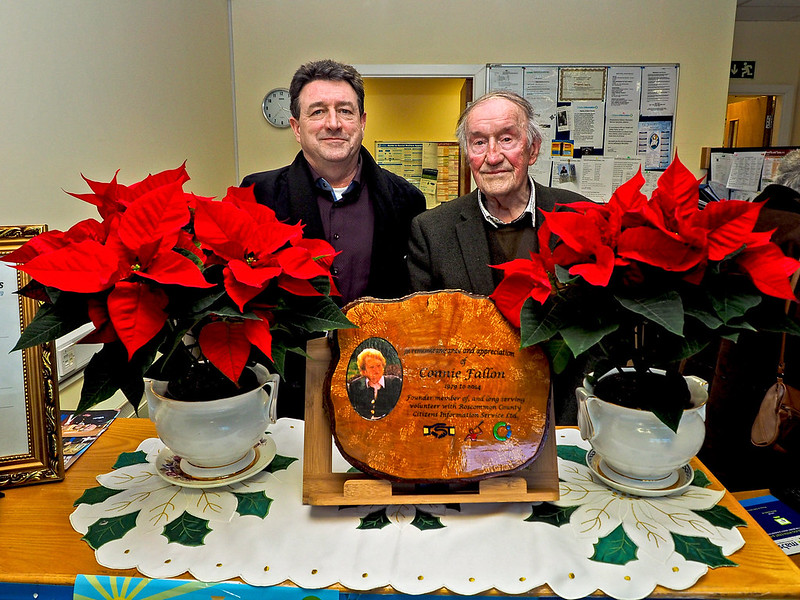 Friday 25th November: A plaque was unveiled at a ceremony in Boyle Citizens Information Centre, Elphin Street remembering much loved Connie Fallon. Connie was a founder member in 1979 and remained as a constant supporter serving in various roles within the organisation until ill health forced her into care and later, death in Abbey Haven Nursing Home, Boyle on Thursday, August 20th, 2015.
• The ceremony was conducted perfectly by CIC manager Richard Regan with fond words of remembrance from each of us present while a fittingly well-chosen plaque was unveiled by Connie’s husband Jack and son Oliver. 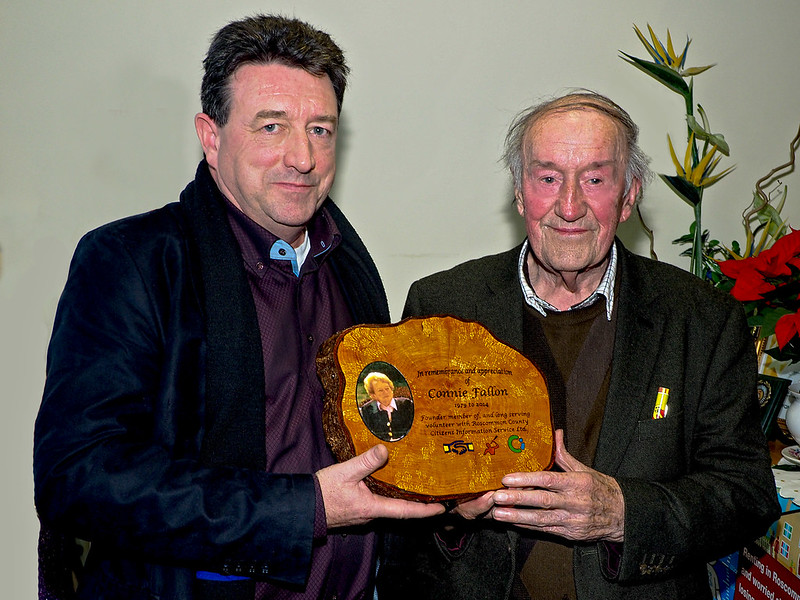 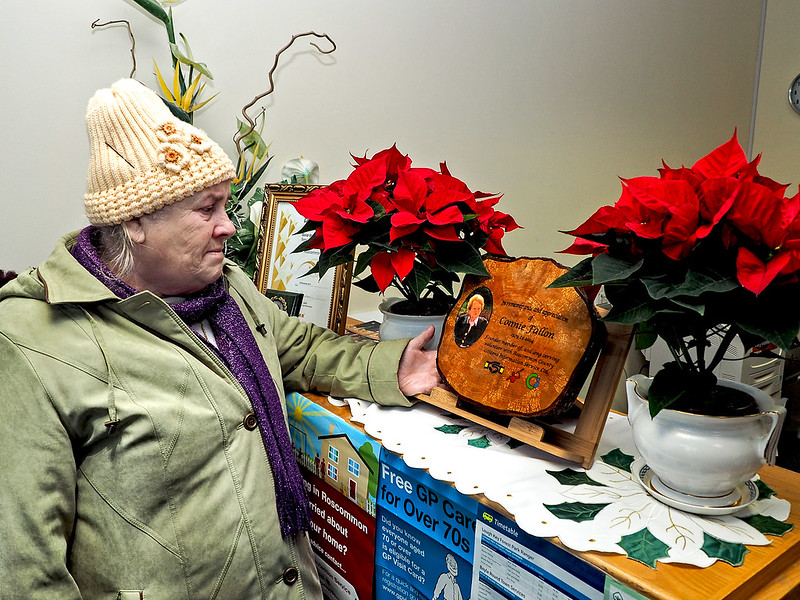 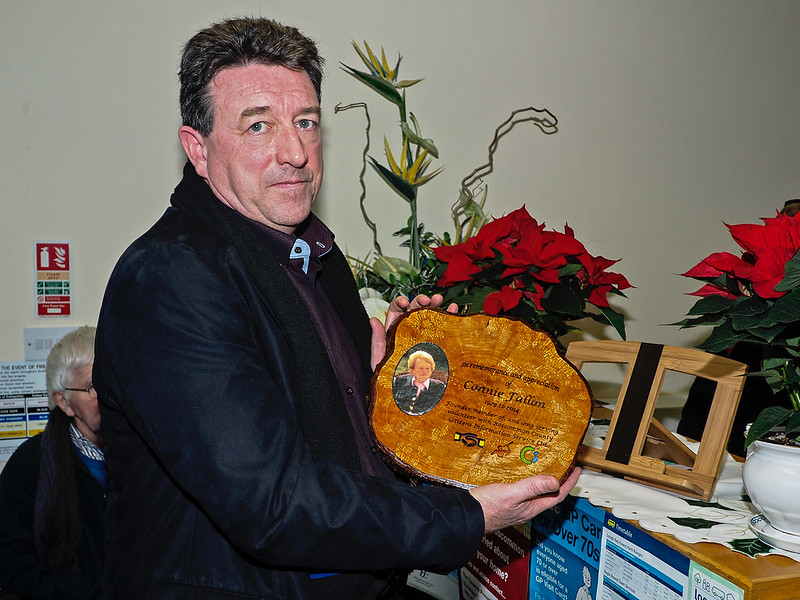 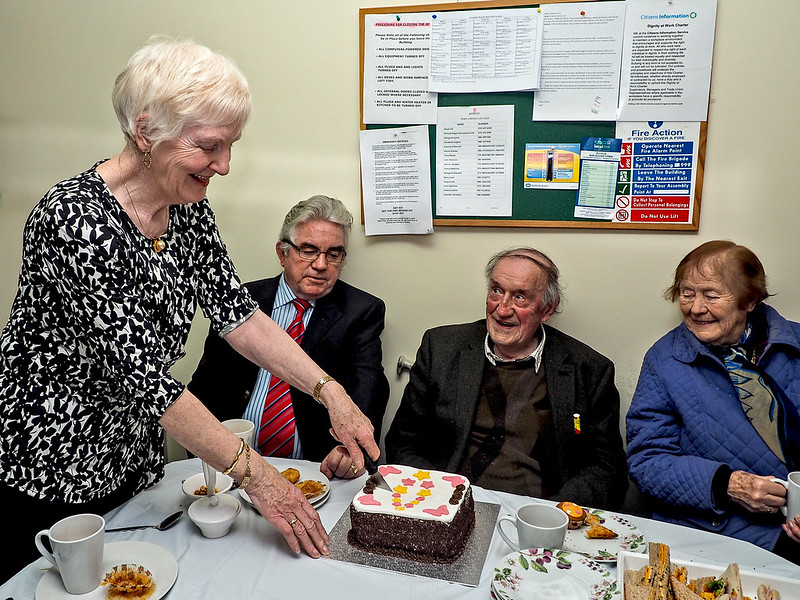