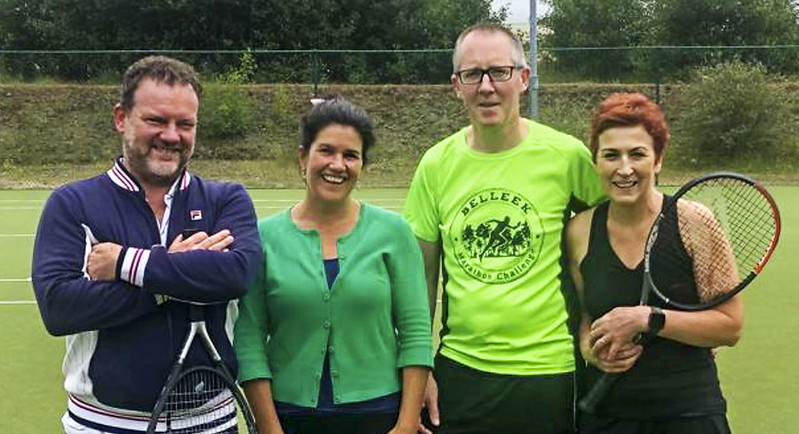 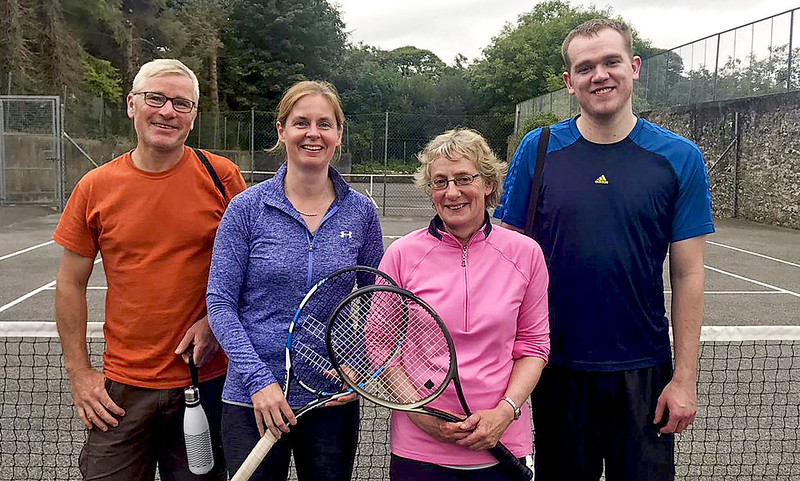 Last Sunday saw two Boyle Tennis teams in action in the Division C Connacht League.
• In Pool A one team headed away to take on Ballina. The Boyle ladies doubles pairing lost out narrowly on a tie break with the mens doubles recording the first win for Boyle in this pool!! Two more mixed doubles matches followed with Ballina edging out the highly competitive Boyle team.
• In Pool B our second team hosted pool leaders Sligo in the Boyle Community Tennis courts. The ladies doubles team recorded the first win for Boyle in this pool, while the mens doubles lost out to an experienced Sligo pairing. Mixed doubles up next and Boyle won the first match on a tie break decider but lost out in the second mixed pairing. With the tie poised at 2 – 2 in matches a count back of games won ensued to determine the winner. Unfortunately Boyle lost out 39 – 34. Very close but we are yet to get Boyle’s first overall win in this competition.
• A big thank you to all who helped out with court preparations, hosting our guest team and giving us all their great support on the day. The next round is on September 8th so onwards and upwards for Boyle with away matches scheduled for Westport and Manorhamilton.