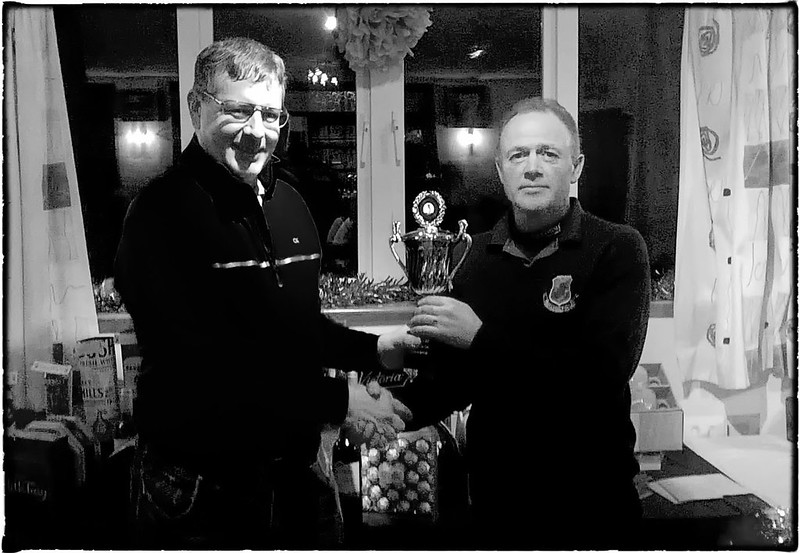 Terry Canning presented Patrick Egan with a trophy for topping the order of merit for Golfer of the Year 2017.

The Club’s Christmas Bonanza Competition was played on Sunday the 17th of December. Shane Loftus came 1st in the men’s competition with 32 points. The next 3 places in the men’s section went to David Purser, Terry Canning and Ross Andrew, who each had 31 points and were separated only on countback.
Ruth Hogg won the ladies’ section with Carmel McGarry in 2nd place. 3rd and 4th went to Paula Cull and Moira Egan respectively.
Raffle prizes were won by Michael Simon, Michael Rush, Patrick Egan, Susan O’Mahoney, Michael Gilmartin, Jonathan Egan and Marie Gallagher. The golfing year in the club has not yet concluded with a Gents 9 hole Stableford planned for next Sunday, Christmas Eve and on the 27th of December we will hold our Christmas 9 hole Ladies and Gents Scramble. Names need to be in for the draw for teams at 12.45 with a shotgun start at 1pm.