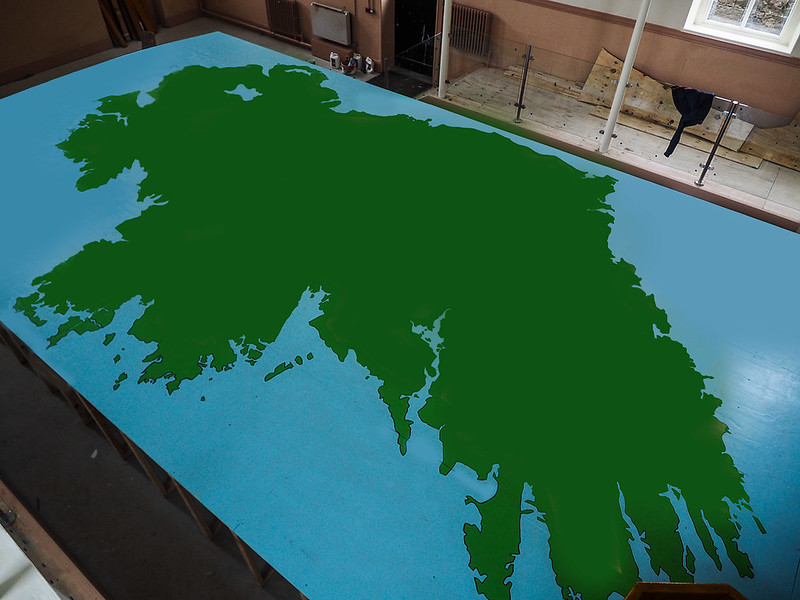 Gavin Lloyd (Mens Shed) has added colour to Paul Byrne’s outline map of Ireland.
• Next will follow the laying of rail tracks for the Model Railway. The finished Railway will show the Irish Rail Inter-city routes as well as some of the old narrow gauge routes.
• After that engines and carriages will be laid down and switched to the various ‘on’ positions.
• Various mountain ranges and countrywide features will be sculpted and added to the display.
• It is hoped that a photographic display as well as railway memorabilia items will be added to this evolving Boyle attraction