US President-elect Joe Biden has announced his nomination for assistant health secretary, who would become the first openly transgender federal official confirmed by the US Senate.

Mr Biden tapped Rachel Levine to serve as assistant secretary for health at the US Department of Health and Human Services, his transition office said in a statement.

Cabinet-level and senior positions such as this require confirmation by the Senate, which will be in the Democrats’ hands after Mr Biden and Vice President-Elect Kamala Harris are sworn in tomorrow.

“Levine will bring the steady leadership and essential expertise we need to get people through this pandemic,” Mr Biden said in a statement from his transition team.

“She is a historic and deeply qualified choice to help lead our administration’s health efforts.” 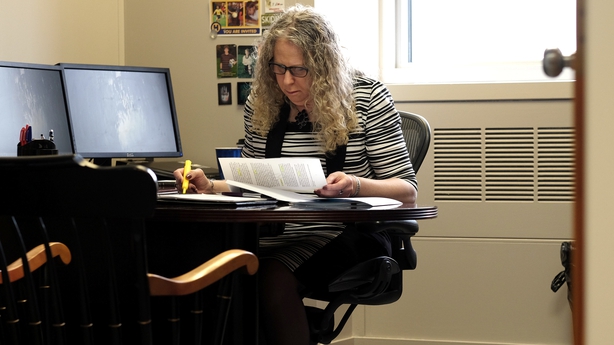 Mr Biden inherits multiple crises upon taking office, the greatest being the coronavirus that has now killed almost 400,000 people in the US.

He has said he wants to see 100 million people in America vaccinated during his first 100 days as president and will seek billions of dollars from Congress to fund mass vaccination centers.

Ms Levine is currently secretary of health for the state of Pennsylvania and a professor of pediatrics and psychiatry at the Penn State College of Medicine.