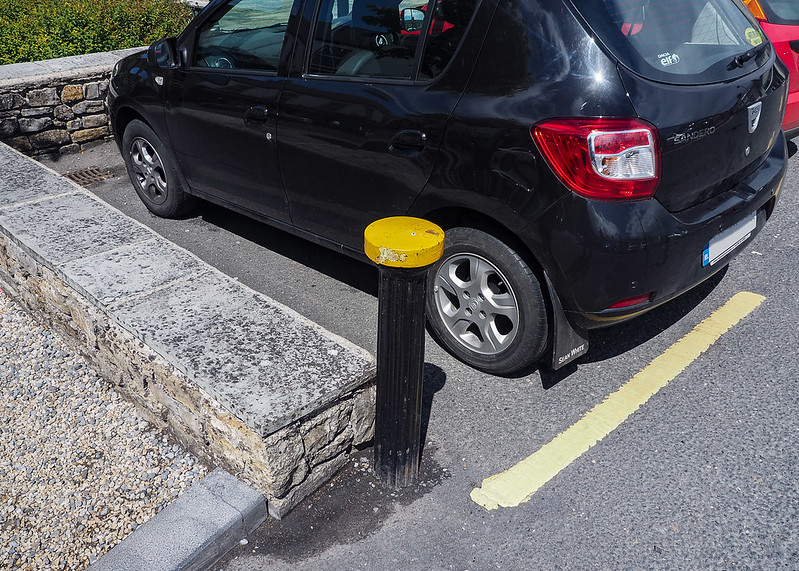 A viewer wrote: I felt that I could hardly be the only one after I had a sad encounter with The Bollard On The Crescent. On enquiry I found out that it was a ‘join the queue experience’
• Exiting a small two-car-park-zone and turning left I had not allowed enough space or forgotten the existence of the said Bollard until I heard metal on metal. Inspection showed the impressive scar around midway on the passenger door. It was a costly replacement door lesson.
• Apparently there are many victims of that robot-like Bollard. I wonder how many? Perhaps we could start a ‘Victims of The Crescent Bollard’ campaign!
SHARE TWEET PIN SHARE