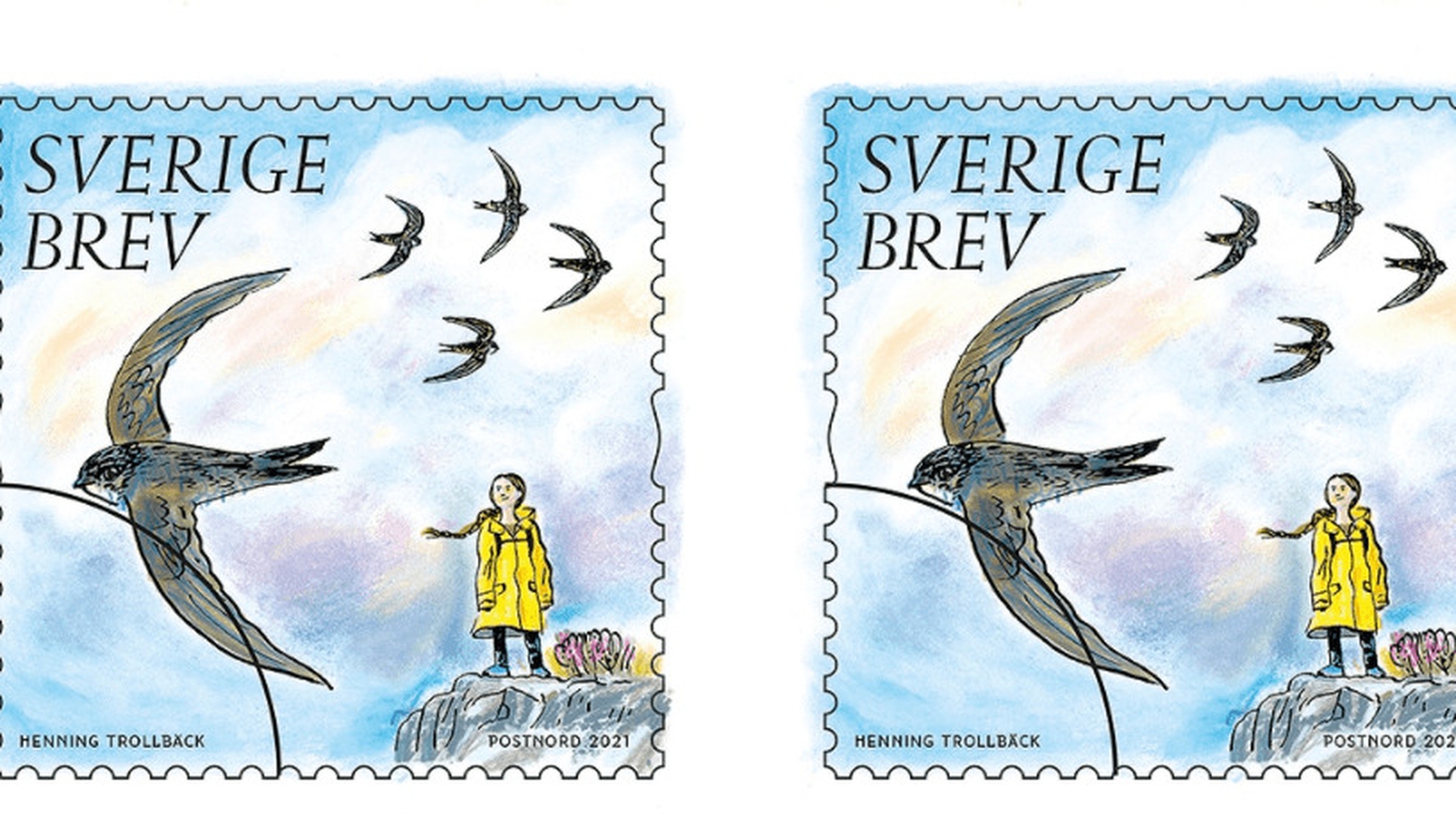 Climate activist Greta Thunberg is to feature on a set of stamps issued by Sweden’s postal service.

She will join a hall of fame of Swedish personalities, from Zlatan Ibrahimovic to Greta Garbo, who have been depicted on the country’s postage stamps.

The stamps go on sale from PostNord today and show Ms Thunberg in her familiar yellow raincoat standing on a rocky coast looking out at a flock of birds.

“We hope that, as a big company, we can shine a light on the very important climate question, with the help of a little stamp,” said Kristina Olofsdotter, head of PostNord’s stamp division.

Several million of the stamps will be issued, Ms Olofsdotter said, adding: “There will be a lot of Gretas flying around.”

Ms Thunberg rose to global fame in 2018 after she began skipping school to protest, alone with a homemade sign, outside the Swedish parliament in Stockholm, demanding that her government take action on climate change.

Within months, more than two million students in 135 countries had set up their own picket lines, joining her “Schoolstrike for the climate” campaign.

In 2019, Ms Thunberg took a year out from school to cross the globe by car, train and boat – but not plane – to demand action on climate change, a trip that involved a brush with US President Donald Trump and a speech at the United Nations climate summit.

Ms Thunberg’s movement, Fridays for Future, approved of the image on the stamp but played no part in its design, Ms Olofsdotter said.

Other stamps in the collection have an environmental theme, including depictions of Swedish mountains, lakes and forests.