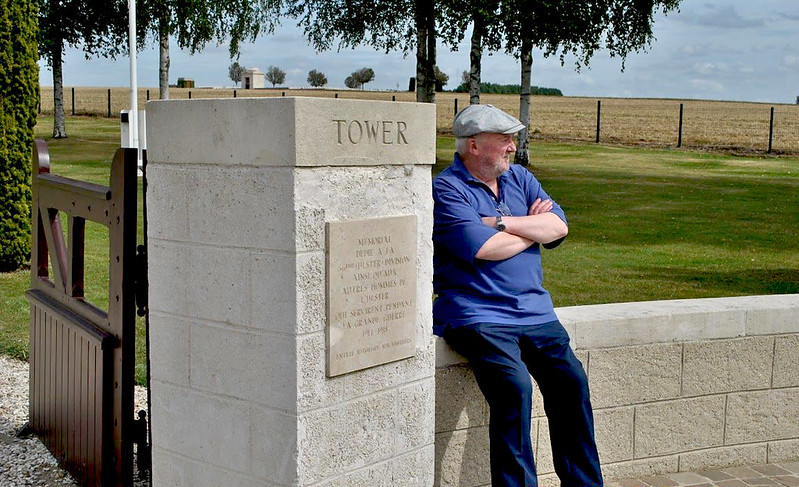 Paul Malpas from Boyle, member of the Connaught Rangers Association at the Battle Memorial area

At the invitation of the people of Guillemont in the Pas De Calais region of Northern France, ten members of the Connaught Rangers Association made their way to the village, which is situated about eight kilometres east of Albert on the Somme last weekend. The occasion was the centenary of the Battle of Guillemontin during the Great War on the 3rd of September 1916
• The British army had been trying to take this German strongpoint for six weeks and both sides had lost many thousands of men, with the wounded and missing amounting to over 10.000 each. When the barrage lifted, the Connaught Rangers, including men from Boyle had 650 metres to charge, while the Germans waited for them with their machine guns at the ready. The connaught Rangers lost 200 men prior to the attack with friendly fire falling short. 550 men quickly overcame the suprised German defenders and contributed to possibly the greatest allied victory in the 18 week Somme campaign. Locals rebuilt their village in the 1920s and kept a special place in their hearts for the Connaught Rangers.
• The Irish delegation was led by Heather Humphries TD Minister for the Arts, Culture, Local Affairs and the Gaeltacht, whose ancestors fought with the Leinsters.