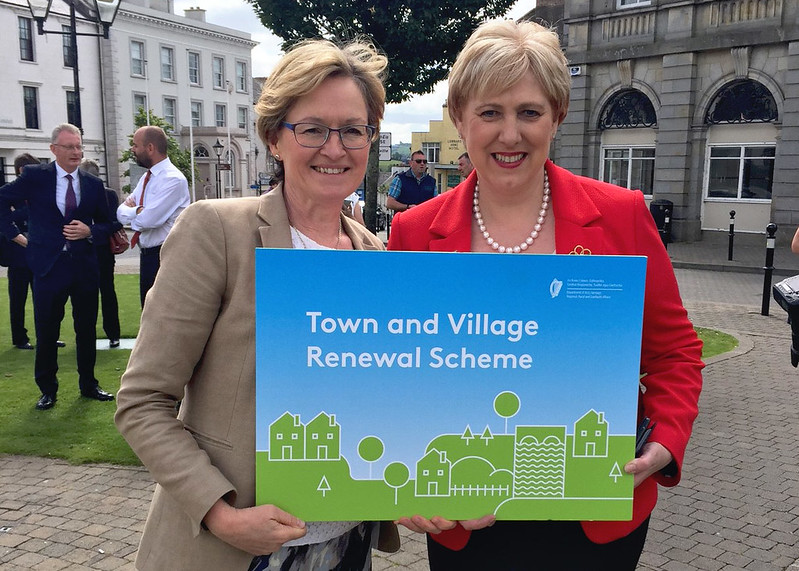 At Tuesday’s launch of the Rural Town and Village Renewal scheme were (l-r) Mairead McGuinness, MEP for Roscommon and Vice-President of the European Parliament and  Heather Humphreys TD, Minister for Arts, Heritage, Regional, Rural and Gaeltacht Affairs.

There has been mixed reaction to the news that Roscommon Co Co has been allocated €380,000 towards the revitalisation of eight towns and villages.
• Minister Denis Naughten has welcomed the news saying “We have all seen the devastating effects the downturn had on rural communities and it is vital that we invest in our small towns and villages and revitalise these areas and to ensure they remain at the heart of social and commercial activity.”
• Independent TD Michael Fitzmaurice has described the sum as “a drop in the ocean” adding “the Government will have to commit far more resources if it wants to show that it is serious about the revival of rural Ireland.”