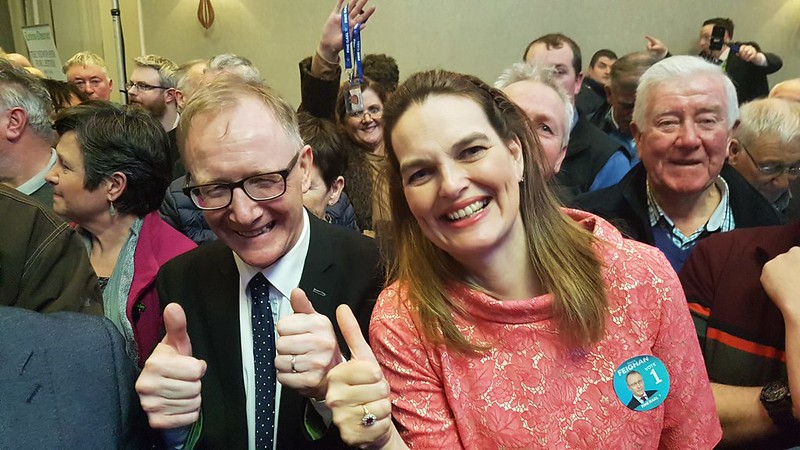 At 10.40pm, Monday 10th February, 2020, Boyle man, Senator Frankie Feighan (Fine Gael) was declared elected as a TD for the Sligo, Leitrim, Sth Donegal, Nth Roscommon constituency following the 15th count in the Sligo Park Hotel Count Centre.
All four seats were declared filled with Frank and Fianna Fáil’s Marc MacSharry completing the line up alongside Martin Kenny (Sinn Féin) and Marian Harkin (Independent).
• Following his victory speech, a delighted, grateful Frank gave those assembled a verse of “Oh, What A Beautiful Morning”
• The General Election Result put Fianna Fáil’s seat total at 38, just one ahead of Sinn Féin on 37 and three ahead of Fine Gael on 35, but since Fianna Fáil’s Seán Ó Fearghaíl was re-elected without contest as Ceann Comhairle, both of the top two parties essentially won the same number of seats.
• The 33rd Dáil is set to convene on Thursday 20th February, but it is likely to be some time before a new government is formed, with coalition talks expected to be protracted and difficult.