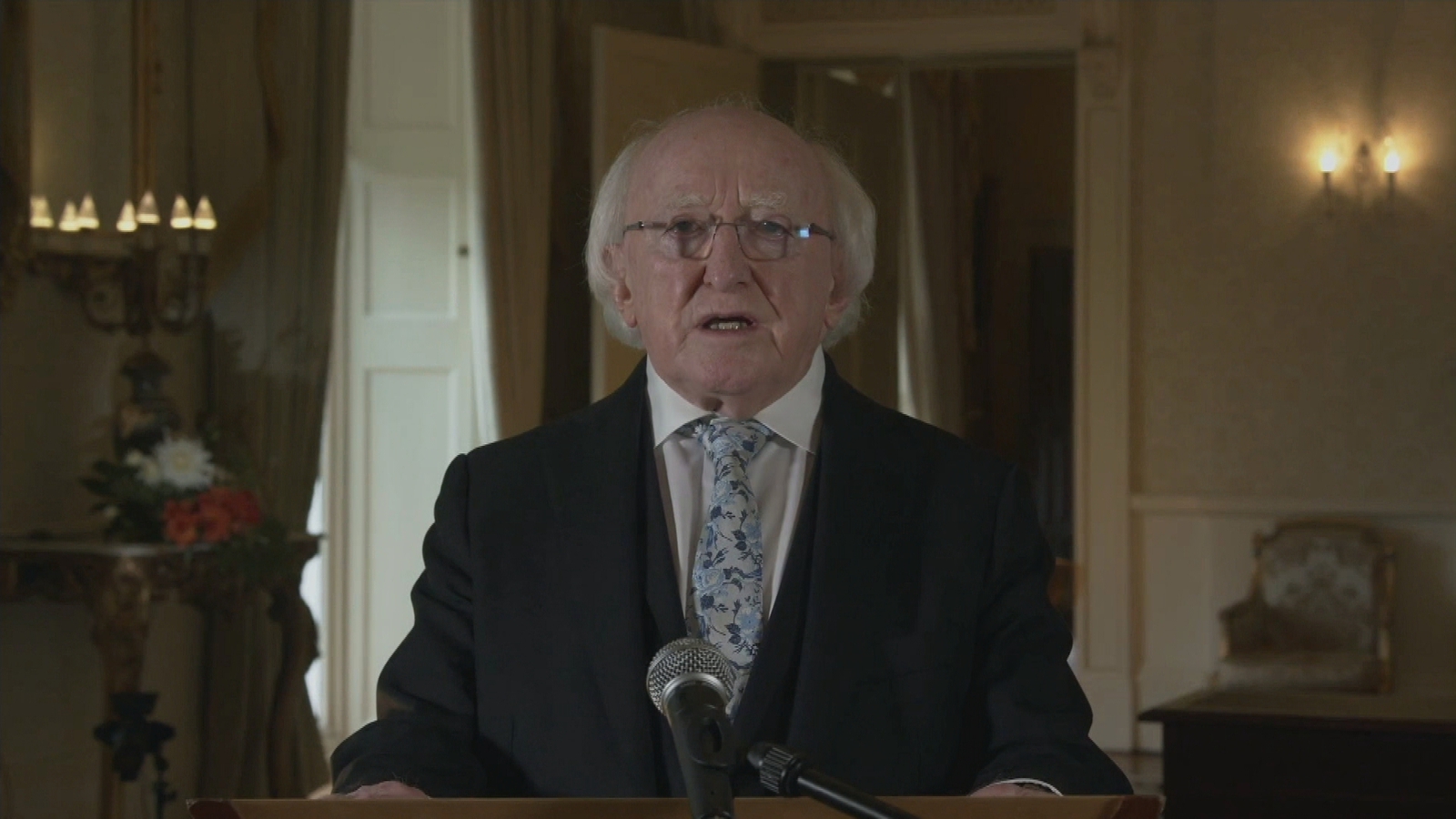 President Michael D Higgins has responded to the publication of the report on mother-and-baby homes saying that the State must bear primary responsibility for failing to provide appropriate supports for tens of thousands of young women and their children.

In a statement to RTÉ’s Morning Ireland, President Higgins said a newly independent State was captured by a judgemental, authoritarian version of church/State relations that sought to be the sole and ultimate arbiter of morality.

The President also said further work was required to bring to light a fuller understanding of what occurred and why.

He said his thoughts are with all the mothers and children who died in the homes and those who are alive.

The report from the Commission of Investigation into Mother and Baby Homes, which was published on Tuesday, said it found an “appalling level of infant mortality” at the homes.

It stated that the proportion of women admitted to such homes in Ireland was probably the highest in the world in the 20th Century.

The report contained personal testimonies from women and children who had been in the homes.

Taoiseach Micheál Martin issued a State apology in the Dáil on Wednesday in which he told the women and children that the State had failed them.

The President said that in responding to the report, it is important to give appropriate attention to the personal statements of experiences inflicted over such an extended period of time.

Those statements, he said, are powerful revelations of a society, Church and state and their institutions that contradict the traits of any real republic built on equal rights of citizens.

President Higgins said there is a responsibility to move without delay to the next phase of the process and to respond adequately and generously to the needs and rightful concerns of the survivors and other victims.

He concludes by asking people to never forget the pain that was created and to craft a better place for current and future generations.

“The Commission of Investigation’s report reminds us of how far short Ireland fell of fulfilling the promise of our Republic, and of how, the violation of fundamental rights of our fellow citizens was condoned over an extended period of time. State and Church bear a heavy responsibility for this.

As President of Ireland, I welcome the publication of the Commission’s Report and the apologies offered, my thoughts must be, as they have been so often before, of the mothers and of the infants who died, with those children who survived and who continue to carry the trauma of their early lives, and beyond that the burden of being deprived of information about their birth parents; of all of those women, alive and dead, who have borne the scars of their experiences, the shame and secrecy imposed upon them, and the life-long burden for so many arising from trauma, bereavement or separation from their children.

It is important in responding to the Report of the Commission to go beyond the Executive Summary and give appropriate attention to those sections that contain the human and personal statements as to the experiences of what was inflicted on our citizens, over such an extended period of time. Those statements are such powerful revelations of a society, Church, a State and their institutions that contradict the traits of any real republic built on equal rights of citizens, care, true freedom, solidarity and compassion.

Publication of this report is not a conclusion, but an indication of the further work that is required to bring to light a fuller understanding of what occurred, and why, and the need to vindicate the rights of those women and children who resided in these homes.

This report now follows other reports on institutional abuse and the society that allowed it or offered a colluding silence. It took five years to complete, and there is now a responsibility to move without delay to the next phase of this process and to respond adequately and generously to the needs and rightful concerns of the survivors and other victims.

The interaction of institutions that stands behind what was an abuse of women and infants has to be considered in terms of how those institutions came to be; the assumptions on which they were based and operated; the responsibility not accepted by fathers; the exclusion of family members on the basis of perceived threats to the status of families; the abuse of spiritual and religious belief through what was disguised as a pastoral relationship, but reflected an authoritarian fundamentalism; the collusion of those in roles of responsibility in the local and central State who were given details, including the death in shocking numbers of infants, but who put the cloak of institutional secrecy over the rights of the most vulnerable of citizens.

It is the State that is charged with safeguarding the welfare of its most vulnerable citizens, and it is the State that must bear primary responsibility for failing to provide appropriate supports for these tens of thousands of young women and their children. It is important, too, to recognise, and with what consequences, how a newly independent State was captured by a judgemental, authoritarian version of Church/State relations that sought to be the sole and ultimate arbiter of morality.

Even as the State must acknowledge institutional failings and its culpability in allowing conditions to persist in these homes – conditions that contributed to unnecessarily high rates of infant mortality – so also must those religious, social forces, and professions who rejected a role for the State in the protection of mothers and babies be accountable for the absence of respect for citizens’ rights that they allowed through their advocacy or collusion to prevail.

Our focus now, as a State and as a community, must be to urgently meet the needs of, and address the concerns of the survivors and their families, as they have experienced and expressed them, and do whatever is necessary to support them.

It is important, too, to recognise and belatedly thank those who through the decades urged investigation or sought the facts and who were ignored, including in more recent times those such as Catherine Corless, who at great personal cost drew back the veil on what is a hidden scandal protected for far too long with its abuse of authority, denial of rights, and indeed common decency or courtesy in relation to the deaths of infants in these institutional settings.  It is not a matter of getting past it but of learning from it and changing.

This is a significant moment for all of our citizens. For historians too, and other scholars, to address what has been perhaps an inadequate treatment in their disciplines of issues of social class and abuse of authority, of the consequences of the rights of property and status taking precedence over basic needs and human rights, all which added to such evasions and obstruction as to the truth of what happened.

Finally, we rightly accord an importance to the achievement of self-government in local matters, of its role in our struggle for achieving independence, and of how it advanced a nationalist project. However, when local members held power, they could be so disappointing on issues of equality, and particularly on the appropriate care of mothers who were giving birth outside of wedlock and their infants. For example, the Report tells us of a member of the Galway Hospitals and Dispensaries Committee speaking of concerns relayed to him concerning unmarried mothers giving birth in Galway Central Hospital in the same building as other mothers, secure in respectability, and that perhaps a shed could be constructed adjacent to the County Home. Reading this one could weep, not only for the hollowness of the Republicanism it reflected, but for what little egalitarianism or humanity that was on offer.

In our times we should never forget the pain that was created, and carried for life, by such judgmentalism and deprivation of care described in the evidence that has been offered, just part of the story. We must address the assumptions as to citizens of society on which all of what has been described has been based and resolve to craft a better place for our, and future generations.”